With the entire cricket-crazy nation vertically split over the question of Sachin Tendulkar’s retirement, we thought it prudent to personally find out what the President of Board of Control for Cricket in India (BCCI) and a few former cricketers had got to say on the matter. 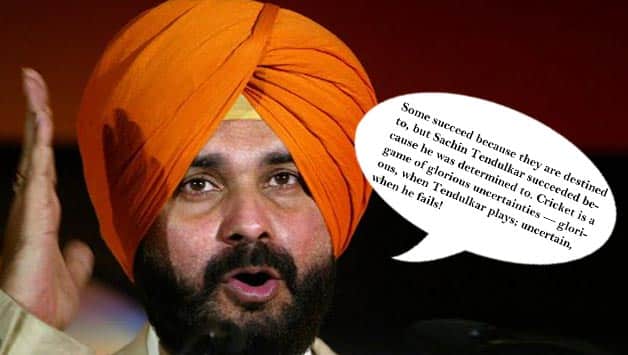 With the entire cricket-crazy nation vertically split over the question of Sachin Tendulkar’s retirement, we thought it prudent to personally find out what the President of Board of Control for Cricket in India (BCCI) and a few former cricketers had got to say on the matter. The only question we asked each of them was: Should Sachin Tendulkar retire from international cricket after the fourth and final Test against England in Nagpur?

Here’s what they said:

I’m an old-timer. To me, Test cricket is number one. But that doesn’t mean I don’t like ODIs and T20s. It is thanks to these shorter versions that the overall attendance and eyeballs have gone up. We’ve taken cricket to rural India. England will be playing ODIs in three new stadiums in Rajkot, Ranchi, and Dharamsala in the ongoing series [cross-checks with his assistant from India Cements, whether the three venues fall under rural areas]. The Indian Premier League (IPL) has made cricket popular among even housewives and children, one reason why we decided to fully ‘cover up’ our cheerleaders. Of course, we’ll not introduce DRS in IPL. It strips the fun. And, yes, the IPL is the cash cow. Our team has won the trophy twice, finished as runners-up twice, and made it to the semi-finals every year so far. Our team . . . [Srinivasan’s assistant bends down and gently reminds him that he is also BCCI chief] . . . er . . . [to this reporter] what did you ask? Yes, Tendulkar. I don’t think he should retire now. At least, as long as I continue as BCCI chief. And I may also become ICC chief. Yes, why should he retire? Sachin means crowds and gate collection, ads, and sponsors. He spells m-o-n-e-y. We may even get him to play for our team. He can also captain our team. No need for him to retire. Even if the selectors drop him, we’ll overrule them. After all, we pay them.

As I said in my book [Fierce Focus], my biggest regret is my failure to properly communicate with Sachin Tendulkar when I was the coach of the team from 2005 to 2007. It was a shame because I had had some cordial talks with him before I became his team coach. But then, I’m not to be blamed entirely. More than half of my time during my stint as India coach was spent in trying to put the then captain Ganguly in his place . . . I mean . . . out of the team. And the remaining time was spent in reining in the likes of Virender Sehwag, Zaheer Khan and Harbhajan Singh.

Of course, later on, I understood the huge amount of pressure Indian cricketers are constantly under, especially Tendulkar. Not even Don Bradman carried such expectations. When the team travelled, Sachin would snap on his headphones and not look sideways. This angered me no end, for I thought he was trying to avoid me, annoy me. But later I realised it was his way of keeping himself focused, shutting the pressure out. I know Sachin’s commitment. Once I encouraged him to take a day off from training, but Tendulkar said that it was not a feasible option given the fans’ expectations of him; that if he didn’t train and then performed badly, he’d be blamed. And that is what is happening now, he is being blamed. I remember another incident. Once we were talking and I said, “Sachin, you must have so many friends, it must be hard finding time to keep in touch with all of them.” He looked me in the eye and said in a grave voice, “Greg, you would have more friends in India than I’ve got.” At that time I thought Sachin was making fun of me. For, the only person who put up with me in the team was Rahul Dravid, who, I later learned, would put up with anyone. Now, I understand the pain Sachin was and is going through. To those who want him to retire, I’ve just this to say: Don’t make the mistake that I made as the coach of India and then of Australia. I thought I was the agent of change. Only now I realise that it is the senior players like Sachin who are the agents of change.

Sachin should retire. I mean Sourav Ganguly feels so. Many others also feel the same way, but the question is: Who will bell the cat? Sachin is the most experienced batsman in the team but hasn’t scored a Test century in almost two years. Sourav and others say he should retire, but Sachin may want to play for a year or so. Sachin is a legend and you can’t give any advice to a legend. If I were in his shoes I would have stepped down by now because there is nothing else left to achieve. I’m not telling that he should retire. Just others like Sourav say so.

Sachin is a great cricketer. However, he is not playing the way he used to play. A time comes for everybody. Sachin’s time has come. Actually, not long ago, the selectors wanted to replace Dhoni with Sehwag as Test captain and Tendulkar with another player whose name I’ll reveal when the time is right. But the selectors were overruled. I would not like to divulge what the reasons were. All I can say is, in Dhoni’s case, it was ‘certain internal reasons’ that stopped the selection committee from replacing him. And in Sachin’s case, it was ‘certain external reasons.’ Actually, I had taken a stand against these people controlling the game when I was in the selection committee. And then one day, I was shown a copy of the constitution by a BCCI insider, pointing out that the selectors’ decision could be overturned by the Board, and the next thing I knew, I was thrown out of the selection committee. Selectors are not the real bunch of jokers. Board members are.

This kind of question has never been asked in the history of this game, my dear friend! I’ll tell you what: some succeed because they are destined to, but Sachin succeeded because he was determined to. Cricket is the game of glorious uncertainties — glorious, when Tendulkar plays; uncertain, when he fails; and game, when everyone discusses it. In times of prosperity, friends are plenty, in times of adversity, not one in T20. To Sachin, I have got just two things to say: Make hay while things are going haywire! The world is all about mind and matter; you don’t mind and others don’t matter.

The problem with people is that they always look at Sachin’s failures and forget his centuries and the wins he has given us. I know he is 39-plus and is going through a slump in form, but we all hope he gets back to runs soon. [After a minute’s pause] True Sachin has achieved a lot. That’s why he has been given a long rope. As someone watching him from outside, I can say that Tendulkar is not performing. I can say that if I were Tendulkar, I would go. But then I was not Tendulkar and was made to go. In fact, I was hounded everywhere precisely because I was not Tendulkar. I understand that the Indian team is going through a rebuilding phase and players like Zaheer have been dropped. My point is that the plan has to be uniform for everyone, including Sachin.