Sir Ravindra Jadeja has turned it on in India’s tour of England 2014. James Anderson tried his hand at tempting him during the first Test at Nottingham. But then Sir Jadeja came up with a blistering knock in the second innings at Lord’s.

There’s more to it – the way he celebrated his half-century, it reminded one of King Leonidas from the movie 300. Leonidas kicked a messenger into the well when he was asked to surrender to the foreigners. So somehow Sir Jadeja replied in the same fashion as Leonidas, with a prevalent sub-text that if anyone thinks that he is a weak-link then they better not think that way. 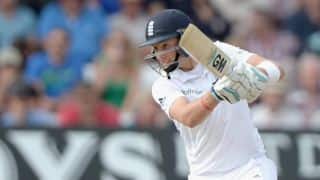