Six sportspersons whose retirement left a trail of broken hearts

Six sportspersons whose retirement left a trail of broken hearts

sportspersons, whose retirement left many heartbroken. 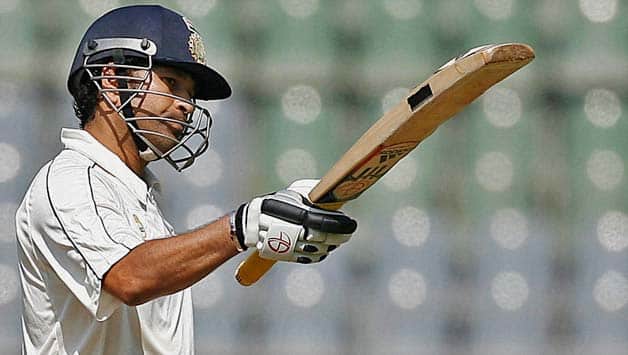 Sachin Tendulkar will retire after playing his 200th Test © PTI

Sachin Ramesh Tendulkar, the batting legend who was elevated to the pedestal of God, announced his retirement from Test cricket after playing his 200th Test. With that, a great era of cricket and the career of arguably the greatest cricketer ever will come to an end. For many purists of the game, Tendulkar was probably the last true great the world has ever seen, after Sir Don Bradman. Sudatta Mukherjee remembers a few other sportspersons, whose retirement left many heartbroken. 1. Michael Schumacher — It is widely known that Sachin Tendulkar follows Formula One very closely and long cherished a dream to meet Michael Schumacher. He finally met the seven-time world champion at London in 2001. Schumacher, in fact, gifted Tendulkar a Ferrari. Six years later, Schumacher announced his retirement after the 2006 Italian Grand Prix. Some felt his retirement came at a time when he began doubting his own ability to race anymore against young competitors like Fernando Alonso.

The sport would never be the same without the greatest ever driver F1 has seen. Many fans stopped watching the sport. But Schumacher returned in 2010, competed for three seasons, before finally calling it a day again — at the end of 2012 season. His legacy remains intact, as young racers like Sebastian Vettel continue to be compared to the F1 legend. Justine Henin retired from Tennis in 2008. She made a comeback in 2010, but retired for good the same year © Getty Images

2. Justine Henin — If the founder of the Women’s Tennis Association (WTA) says about another tennis player that she is “one of the most talented women ever to have played the game of tennis”, then it is a real honour. Justine Henin is one of the few tennis players to grace the sport who won their debut WTA Tour event. Through most of her career, she and fellow countrywoman Kim Clijsters competed against each other. One can hardly forget Henin’s one-handed backhand slice, which produced some great returns.

However, she left the world shocked when she announced her retirement in 2008 and asked the WTA to remove her name from the rankings, at a time when she was still the world No 1. The seven-time Grand Slam champion felt no sadness as she decided to leave after playing the sport for more than a decade. However, that was not the case for her fans. Just like with Schumacher, many loyal fans stopped watching women’s tennis after she left. However, she did return in 2010, only to retire a year later. Michael Jordan is considered to be one of the greatest basketball players of all-time. He retired from the sport in 1999 while playing for the Chicago Bulls © Getty Images

3. Michael Jordan — Here was a man who elevated basketball into heights not scaled before. Michael Jordan was someone who occupied the minds of everyone who followed the game of basketball. He was truly iconic — one of the greatest in any sport. Any brand that he touched, turned to gold overnight — his charisma had the Midas touch. The man transcended barriers of sports. He was an inspiration and a hope to many people. Fans found it hard to digest that they will have to witness basketball matches without the man. Many even doubted whether Chicago Bulls would be the same without Jordan.

In 1993, when Jordan’s father was murdered by two teenagers, he cited that he lost the desire to play the game anymore. Later on, he pursued baseball, stating that it was dream, which his father wanted him to pursue. However, in 1995, Jordan announced his return to try and help the Bulls extricate from a slump. Donning the No ’45’ jersey, he returned to the court scoring 19 points. Nielsen rated the match as one of the highest watched since 1975.

He retired once again in 1999, stating that he will not participate in NBA again. But for a man, whose love for the game goes beyond injuries, controversies and politics, he returned for the Washington Wizards. In 2003, he played his last NBA match. His career ended with a foul. The match stopped for some time to let Jordan return to the bench. Coaches, officials, players and a crowd of 21,257 gave Jordan a three-minute standing ovation! 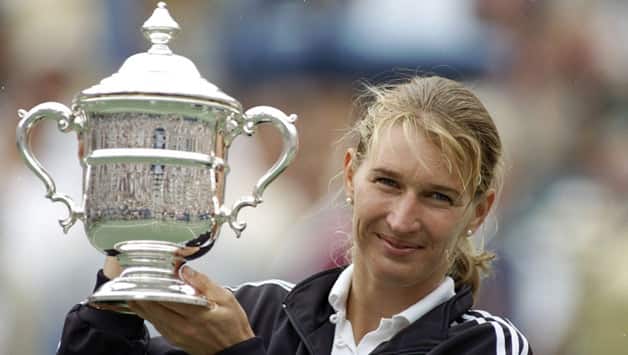 Tennis star Steffi Graf won 22 Grand Slam titles in her career. This is the most by any player in the open era. She called it quits in 1999 © Getty Images

4. Steffi Graf — A tearful Steffi Graf bid adieu to her favourite sport after dominating the game for more than a decade. She said in her retirement speech that “there was nothing left to accomplish”. But her fans were devastated. Martina Hingis, one of her rivals, said, “She’s a great legend. All she brought to the game is amazing, the athleticism, the way she handled herself. Nobody is like her; nobody ever will be like her.” The ‘Fraulein Forehand’ was unmatched — one of the most potent weapons in tennis.

Among her many admirers was Michael Schumacher’s brother and fellow Formula One driver, Ralf, who said, “A great name has been lost from German sports.” 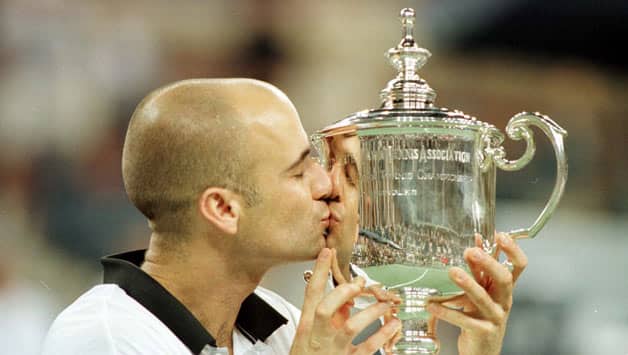 5. Andre Agassi — Here is a man who hated tennis, but played the sport because that is the only thing he knew. For a man who had so much of hatred for the sport, he cried like a baby after his last match. Said to be as one of the world’s best sportspersons, Andre Agassi won eight Grand Slams. In his farewell match, he received a four-minute standing ovation at Flushing Meadows.

Matthew Spira, an Agassi fan, wrote on Yahoo Sports after the legend’s retirement, “There are many reasons why we fans connect so passionately with the sports we follow. For me, one of the most resonate is the way sports give us the opportunity to look in the proverbial mirror. Like so many other people, I’ve had my ups and downs in life. (In a number of ways at age 41 I’m still trying to figure things out.) The sum of Andre Agassi, as a player and a man, serves not just as a continuing inspiration for me, but also provides an object lesson I hope to pass down to my children about what it means — and takes — to live a good life.”

6. Sachin Tendulkar — The Indian batting legend announced his retirement from cricket after the end of the Test series against West Indies in 2013. Billions of fans were left heart-broken and many more came to see him play for the last time. The final Test match, also saw Tendulkar play his 200th Test at his home ground Wankhede Stadium. He scored 74 and before bidding adieu to the game that made him who he is today, left on a very emotional note. He thanked each and every person, who was influential in making his career special and at the end, touched the 22 yards, which has been his home for 24 years. After playing for a host of top clubs, England star David Beckham retired in 2013 while playing for French side Paris St Germain © Getty Images

David Beckham — More than a footballer, he was a global heartthrob. David Beckham was not just another footballer; he was a Greek God on the field. Nobody can forget his free kick against Greece in the 2002 World Cup qualifier, which shook the world and helped England earn a spot in the World Cup. No one can forget Beckham’s revenge goal against Argentina in FIFA World Cup 2002. He helped Manchester United win six Premier League titles, two FA Cups and the UEFA Champions League. He was a born winner.

Although his off-field antics drew him into controversies a lot of times, when he retired, the world cried with him. FIFA President Sepp Blatter tweeted, “David Beckham, one of the most iconic figures in global football is retiring from playing. It’s the end of a chapter of an amazing story. David grew up as a football-loving child & achieved his dreams, and unquestionably inspired millions of boys and girls to try & do the same.”