Sohail Tanvir has had a stop-gap career, unable to cement a place in the Pakistan attack

Born December 12, 1984, Sohail Tanvir hit the headlines with his fine showing in World Twenty20 and domestic cricket in 2007. Since then he has sparkled on the international stage many times in the shorter versions of the game. However he has struggled to find a regular place in the set-up. Bharath Ramaraj has more…

Back in 2007-08, when Pakistan’s Sohail Tanvir took a 7-wicket haul for Khan Research Laboratories, eulogies poured in from everywhere. By then, he had already received the tidal wave of appreciation for his ability to take wickets in ODIs and T20Is for Pakistan. His performance in Pakistan’s domestic circuit in 2007-08 gave further proof of his uncanny ability to take wickets in the shorter versions of the game.

The wrong-footed left-arm seamer, Sohail Tanvir, born on December 12, 1984 in Rawalpindi, was never expected to scale tall peaks and play internationals for Pakistan. However, with unflinching courage and unwavering determination, he made into the top echelons of the game.

Tanvir made his international debut in the inaugural ICC World T20 against arch-rivals — India. In that tournament, everyone was particularly impressed by the way he bowled full and at the base of the stumps. The left-armer’s unusual delivery stride also befuddled a few batsmen into making uncharacteristic mistakes. In particular, in the key match against Australia, he made cricket pundits sit up and take notice of his potential.

He followed up his fine showing in World T20 by doing well in India in an ODI series. When Pakistan travelled to play the final match of that series at Jaipur, they had already lost the series 4-0. But Tanvir helped them to save some face with his crackerjack spell of 4 for 34. Snaring India’s legendary batsman, Sachin Tendulkar’s wicket must have been the highlight of the game for the left-arm seamer.

Indian cricket fans though, will remember him fondly for his sparkling performance in the IPL in 2008. In that season, he took 22 wickets at an awe-inspiring average of 12.09 for the Rajasthan Royals. In fact, one of the league games played between Rajasthan Royals and Chennai Super Kings turned out to be an annus mirabilis for Tanvir, as he took 6 wickets and conceded a mere 14 runs. He won fulsome praise for his magnificent showing. It can be said that he played a key role in Rajasthan Royals’ winning the first IPL.

As the years ticked by, he found it increasingly difficult to make it into a very competitive Pakistan bowling unit. During the tour of New Zealand in 2011, their batsmen took a liking to Tanvir’s brand of medium-pace. In most of the ODIs played in that series, Tanvir went wicketless and struggled to keep the runs down. It meant that he wasn’t picked for the 2011 World Cup held in the subcontinent.

The revolving-door policy of Pakistan’s selections has also played a part in Tanvir not finding a regular place in the set-up. Even recently, Tanvir played in the ODI series in South Africa and just yesterday, he took two crucial wickets against Sri Lanka in a T20 game in UAE. However, Tanvir perhaps himself knows that there is no guarantee of him being selected to play for Pakistan in their next international game.

Sohail Tanvir won’t go down into history books as one of the greatest left-arm pacemen to have played the game. However on occasions, just like seismic sparks, he has wowed everyone by taking a slew of wickets. 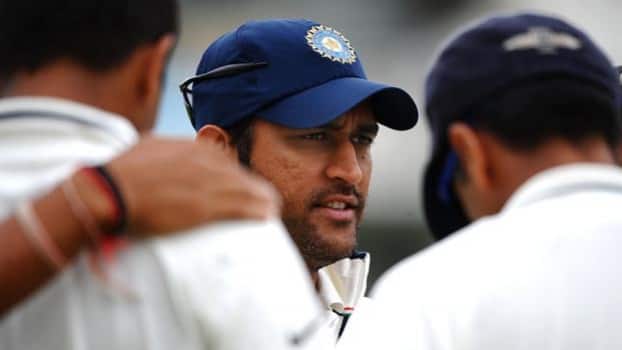 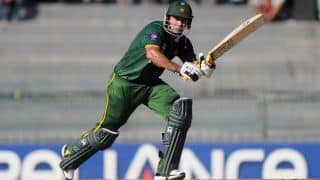