Sourav Ganguly, in his book A Century Is Not Enough, listed down his top five batting performances he has seen from Indian batsmen.

Sourav Ganguly s international career spanned over a decade and a half and 400 matches. The former Indian captain remains busy with administrative or media duties. Ganguly, in his book A Century Is Not Enough, listed down his top five batting performances he has seen from Indian batsmen.

Ganguly was in Australia as commentator for this series. Kohli was appointed captain after MS Dhoni was ruled out for the first Test. It was the first time Kohli led India in a Test. The Test had to be rescheduled after Phillip Hughes had passed away a few days before the originally scheduled first Test.

India were 242 for 2 at one stage before a flurry of wickets brought Australia back into the contest. Kohli fell for a 175-ball 141 with the team score on 304. India were bundled out for 315 but Kohli had played one of the finest knocks.

India had lost the first Test of the series and had drawn the second. The third was played on a difficult Headingley track. Ganguly recalled that Ian Botham had questioned him in disbelief when the former had opted to bat on this surface, against a very good England bowling attack.

Dravid and Sanjay Bangar added 170 for the second wicket under extremely testing conditions to lay the foundation for India. Sachin Tendulkar got 193, while Ganguly s 128 came at a strike rate of 77. Anil Kumble picked 7 wickets in the Test but Dravid for all the grit and resilience had walked away with the Man of the Match award.

Defying the odds, India won the Test by an innings and 46 runs.

Ganguly considers his decision to promote Sehwag in the opening slot made the latter the player he went on to be. Sehwag wouldn t be half the player if he didn t open, Ganguly believes.

On the 2003-04 tour of Pakistan, Sehwag set the tone for the series in the first Test. He bludgeoned away to slam the first Test triple-hundred by an Indian. He got to the milestone with a six off Saqlain Mushtaq. It came against a good bowling attack led by Shoaib Akhtar.

Dravid was stand-in captain for this Test but Ganguly remained present in the dressing-room. The Test is also remembered for Dravid declaring the innings with Tendulkar batting on 194, stirring up a controversy. However, all was well after India sealed a win by an innings and 52 runs their first in Pakistan. Later, India won the series 2-1. Sehwag s knock consisted 39 fours and 6 sixes.

India s tour of Australia in 1991-92 was Ganguly s first tour with the side. He was 19 and spent time warming the benches most of the time. An 18-year-old Tendulkar had already made a reputation for himself.

Ganguly called the teenaged Tendulkar easily the best batsman in both the sides. He elaborated on how difficult it was to bat on Australian tracks on those days and how the big names in Indian cricket struggled there. He also described the mood in the dressing-rooms as sombre as India hardly won anything in that tour.

In the fastest tracks of them all, at Perth, Tendulkar produced a master-class 114 against the likes of Craig McDermott, Merv Hughes and Mike Whitney to further enhance his reputation as one of the best in world cricket. Many who saw him play call it one of the finest knocks.

You know, if you can go on and score a 100 in Perth against a world-class bowling attack, then you can basically prepare to go to any part of the world and tackle any attack. I felt that way. It lifted me. Within myself, I started recognising myself differently, years later Tendulkar would tell Wisden.

Australia won by 300 runs and Tendulkar, hearts and respect.

No surprises here. Laxman s 281 is regarded as one of the finest knocks ever played in Test cricket and that time it was also the highest score registered by an Indian. Ganguly mentions that never in his cricketing chronicles he saw any batsman play Shane Warne against the turn through mid-wicket that consistently and effortlessly.

In what is regarded amongst the greatest Tests ever played, Steve Waugh s Australia were restricted to 445 after Harbhajan Singh took a hat-trick. India were bundled out for 171 and asked to follow-on. Laxman scored a fluent 59 and that prompted Ganguly to send him in at No. 3 in the second innings.

Ganguly got a well-made 48. Laxman and Dravid then added 376 for the fifth wicket. On the fifth day, Australia, chasing 384, were bowled out for 212. Australia had won 16 Tests in a row before India broke the streak. Another win in Chennai helped Ganguly s men seal the series. 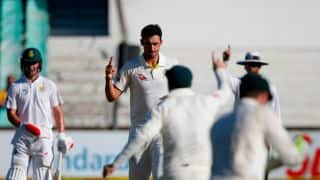 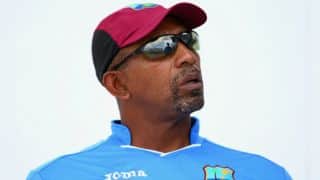