Tarot reader Shruti Chopra looks into her cards to give CricketCountry.com readers exclusive insights into what lies ahead in the IPL matches. In the below piece, she dwells into the Pune Warriors vs Rajasthan Royals game - the first of the two IPL matches on Tuesday. 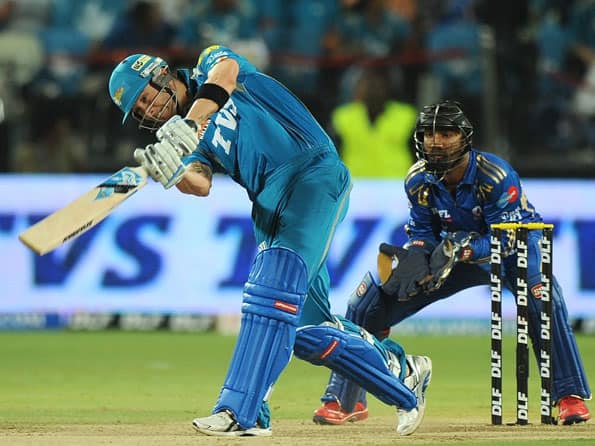 Tarot reader Shruti Chopra looks into her cards to give CricketCountry.com readers exclusive insights into what lies ahead in the IPL matches. In the below piece, she dwells into the Pune Warriors vs Rajasthan Royals game – the first of the two IPL matches on Tuesday.

The Pune Warriors are looking strong. They are ready to take some calculated risks and make some changes to their team. The Star shows positive inputs from the team management, allowing the team a stronger chance to regain some of their lost pride. Overall, the Warriors are looking like a balanced side, but they will need to step up their fielding efforts.

As a batsman, Sourav Ganguly will be part of a strong partnership. Like the Queen of Wands and the Hermit, he will channelise his aggression wisely and display a good performance. As a captain, he will bring about crucial changes and be able to steer the team into a better position.

Jesse Ryder should be played today, as he will be an important player to bring more command into the Pune innings.

Steve Smith will have a good start with his batting, but will find his innings stagnating. Like the Three of Wands, he will not be able to carry forward his start.

Michael Clarke will be strong and will be involved in a good partnership. He should be careful of being too aggressive.

Mithun Manhas will, like the High Priestess and the Queen of Swords, come into this game well prepared – showcasing his talents well. A good day for him.

Robin Uthappa will have a fresh and positive energy but will seem confused at times. He will make some errors in his keeping, yet show moments of brilliance in his batting.

Ashok Dinda will be in control and steady. The Four of Cups is bringing forth a good opportunity to succeed today, which he will manage to grab on to.

Murali Kartik will bowl well in tandem and will use advice very constructively. A good day for him, too.

The Royals are looking strong as well. They’re being well supported by the World, Seven of Pentacles and Four of Wands. The team is prepared to build a strong innings and will be able to manifest important opportunities for them to succeed. The Five of Pentacles does warn of them to remain focused and not lose their way.

Rahul Dravid will constantly be trying to create a balance in his innings. He won’t have the most fluent batting performance, but his application will be quite evident. As a captain he will be proactive and strong. Like the Ace of Wands, he will take the initiative to keep the team on track.

Ajinkya Rahane will have a weak start. In fact, during the beginning of his innings he will need to be cautious. The Nine of Cups does show hope of him getting out of this phase and delivering well.

Ashok Menaria will be energetic and aggressive in his approach. He will have a strong day, but will require constant advice to keep himself in check.

Brad Hodge will be steady and composed. He will play a strong innings for the team, as explained by the Ten of Cups.

Shane Watson will be an important player today. His well-directed aggression and ability to adapt himself will bring him positive results.

Johan Botha will be an economical bowler and will provide the team’s bowling with stability.

Owais Shah will, like the Nine of Swords, lose his way despite the strong start.

Ankeet Chavan will bowl well. He will be focused and will, like the Six of Wands be able to direct his efforts into positive results.