South Africa’s poor record at Durban as well as it being Kallis’s last Test means the home team is under pressure.

South Africa’s poor record at Durban as well as it being Jacques Kallis’s last Test means the home team finds itself under pressure in the series-deciding Test match against India. Abhijit Banare elaborates.

After the exciting first Test match played at Wanderers, where South Africa chose to close shop right at the end of the match, Graeme Smith came out in defence of the batsmen’s decision. His reply was that it was Dale Steyn and Vernon Philander who took the call and it was fair enough. He had also mentioned that drawing the Johannesburg Test match will give them a realistic chance of winning the series at Durban. In all probability, Smith’s reply was more instinctive in nature than one delivered with some thought. If we talk about a realistic chance, then Durban is not the best venue South Africa might want to look at realistically to win a series.

If the records of the last four years are to be considered, then Smith has a lot to worry about.  In the last four Tests at Durban, South Africa have played, they have lost all of them. That includes the epic clash in 2010, where VVS Laxman’s 96 turned out to be a match-winning knock. Keeping aside the last four Tests, South Africa’s overall record in at Durban has been far from convincing. Out of the 39 they have played so far, the outcome has been distributed equally with 13 wins, 13 losses and 13 draws. Those numbers at home aren’t  impressive  for a No 1 Test side playing in a series-decider. Along with past records, there are a few things that the South African team might feel tentative about.

At top of the list is the way the pitch has behaved in recent times. The pitch is expected to be dry and provide some turn, as the match progresses. The last subcontinent team to win was Sri Lanka in 2011. This shows that the pitch may just be the one MS Dhoni and his team would be looking forward to playing on. The track offering turn towards the latter half of match is one aspect to consider, but the lack of a quality spinner to explore it will be equally worrying for South Africa. Imran Tahir was way off the mark in the first Test and that might just force them to have Robin Peterson in the team rather than going in without a spinner. AB de Villiers ahead of the Test sounded equally cautious of what to expect out of the wicket.

South Africa’s best chance to land a meaty strike would be in the first two days of the match. With a green cover providing assistance to pacers on a fresh wicket, the pace-battery would be eager to make early inroads to leave India in a spot of bother.

In terms of their batting, South Africa showed a master-class in their second essay, but the fact that they were bowled out for a modest score in their first dig would give some confidence to the Indian pacers. Not much was expected out of the Indian bowlers after they were taken apart in the One-Day International (ODI) series, but the Johannesburg thriller must have boosted their confidence to take on the South Africans. Maintaining the same intensity will be the key for Indian team and if they manage to do so, the hosts have a task on their hands. Similarly, if the wicket gets flatter from Day three or Day Four onwards, the Indian batsmen would be fancying their chances.

Finally on cards comes the retirement of Jacques Kallis. Though the legendary all-rounder is not in the best of form, there will be some level of pressure to end on a high. Even the team would be eager to give him a fitting send off with a series win. The pressure of playing the last Test may not help his cause.

Despite being under pressure, South Africa is determined to fight it out. They practiced hard on Christmas Day, and looked focused for the final Test of the series. While the first Test turned out to be an unexpected thriller, a lot would be expected from this encounter as well. 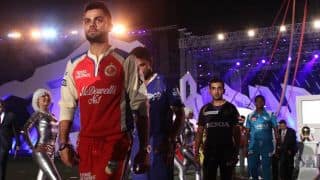 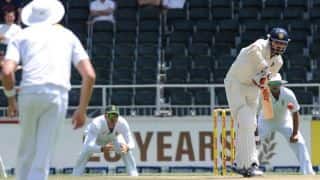