The New Zealand skipper needs to regain his old touch with the bat before the World Cup.

New Zealand’s ICC World Cup 2015 preparation did not start on a good note as they were beaten convincingly by South Africa. Brendon McCullum, their skipper’s form continued to flounder. Indrajit Dutta advances McCullum’s lack of form for sometime now, making it is crucial that he finds himself amongst the runs fast.

Brendon McCullum’s  superlative 302 against India saved his side from certain defeat in the second Test at Basin Reserve at Wellington earlier in the year—the New Zealand skipper went onto become a proud record-holder in the process as 302 is the highest score by a Kiwi in Test cricket.  That innings went a long way in cementing his reputation as one of New Zealand’s key batsmen in Test cricket.

In One-Day International (ODI) cricket, however, he is yet to do justice to his talent. Inconsistency has dogged him throughout his One-Day career. He more often than not has relied on his aggressive instincts to see him through but there are times he has been injudicious in his strokeplay.

On Friday against South Africa he disappointed once again by managing to score a mere 16 runs, to cap off a poor day, as his team lost the game. McCullum would be hoping he can turn things around in the next two games. With the World Cup only a few months away, his ODI form would be an area of concern for him. In the last two years, his form has not been upto scratch—he averages 28 in 27 games, furthermore he has not made a hundred in this period.

Since making his debut as an opener in 2002 against Australia he has batted in numerous positions. Perhaps the fact that he’s been shunted around the batting order has contributed to him not performing as well as he could have. Early on in his career with the likes of Nathan Astle, Stephen Fleming and Chris Cairns in the team he batted in the middle order. Once they left the game he moved up the order.

During this period, the Aussies and the West Indians troubled him greatly. McCullum’s form did improve in the early period of 2010 but in the very next season he found the going tough again. Here in 21 games his average read 27.12.  He roared back into form in 2011/12 as he hammered out 419 runs at an average of 59.

The New Zealand batting will be mostly relying on Kane Williamson and Ross Taylor, both of whom are middle-order batsman. There’s Martin Guptill too and lower down the dynamic Corey Anderson features. The question is where does McCullum fit in?

McCullum in full flow can be destructive, rather like Anderson. The Kiwi fans would however hope for McCullum to regain his lost touch, given his loss in form off late.

He’s at his best as an opener, an average of 39 shows that. In 1992 Mark Greatbatch, by going after the bowling, laid a good platform for Martin Crowe. If he does open, McCullum can do something similar and he will have set a fantastic platform for Williamson and Taylor. This would also provide Corey Anderson the license to go beserk in the end.

New Zealand, at home in 1992 led by an innovative Martin Crowe,  reached the World Cup semi-finals where they were beaten by the eventual champions, Pakistan. The Kiwis have reached the semi-finals no less than six times. McCullum will hope his team can go one step further in the ICC World Cup 2015, for that his form would be crucial. Younis Khan: First Pakistani and 12th overall to score a century against all 9 Test nations 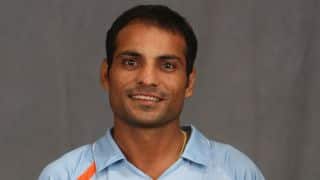