Just like the first day, there were a few sparkling highlights from Day Two as well. We take you through them here.

After dominating the first day s play, hosts South Africa maintained their stronghold on the second Test with a superlative show with the bat as well as ball on Day Two. After Dean Elgar hit a ton on the first day, Quinton de Kock s hundred on Day Two took the game further away from Sri Lanka s reach on Tuesday. South Africa put up 392 runs on the board a total which was at least 100 runs more than the par score and then broke the back of the Lankan innings, thanks to Kagiso Rabada s and Vernon Philander s fiery spells. The pacers shared 8 wickets between them to bundle Sri Lanka to 110 and set up a potential win in the second Test. South Africa decided to bat again and ended Day Two on 35 without loss, thus stretching their lead to 317. Just like the first day, there were a few sparkling highlights from Day Two as well. We take you through them here:

Quinton de Kock s 3rd Test ton: The South African run-machine continued to plunder runs at will. De Kock, who had completed his 1,000 Test runs yesterday, brought up his third Test ton on Tuesday. He scored runs at a strike rate over 80 and hit 11 fours during his stay, prompting the commentators to compare him with the Australian legend Adam Gilchrist. They were not wrong after all, as there are quite a few similarities between the two. Not to forget de Kock opens the batting in shorter formats just like the Australian southpaw.

Rangana Herath s milestone: Rangana Herath struck early in the second over of the day when he removed the night-watchman Kyle Abbott. It was Herath s 356th Test wicket. He got to the landmark in the 77th game of his career and surpassed Vaas, who had 355 wickets from 111 Tests in a stellar career that spanned over a decade-and-a-half. Herath is now only behind Muttiah Muralitharan, who tops the list with 800 wickets from 133 Tests, in terms of most Test wickets for Sri Lanka. In addition, he also became the third highest wicket-taking left-handed bowler in Tests after Wasim Akram (414) and Daniel Vettori (362).

Lahiru Kumara s maiden five-wicket haul: When Sri Lanka replaced Lahiru Kumara with Dushmantha Chameera for the second Test, they would have hoped for the youngster to come good. The teenager lived up to the expectations, picking up his maiden five-wicket haul in just the third Test of his career. He ended with the figures of 6 for 122 and got big fishes Hashim Amla, JP Duminy and de Kock. A good prospect for future, isn t he?

Tale of two wicketkeepers: Sri Lanka were forced to use two wicketkeepers in the game as regular glovesman Dinesh Chandimal had fever on the morning of first day of the Test. Kusal Mendis kept wickets in place of him for the entire first day, even as Chandimal took the field, and took three catches. On Day Two, a fully-fit Chandimal kept wickets and pouched four catches. This way, the duo took seven catches behind the wickets between them and made the record of most catches by the wicketkeeper in an innings for Sri Lanka.

Kyle Kolpak Abbott?: Abbott was sent in as the night-watchman on Day One to protect Philander. On Day Two, before the match could start, reports of Abbott quitting international cricket by the end of this month and signing a Kolpak deal with Hampshire started floating. Cricket South Africa (CSA) officials, who were taken aback by this development, stated they were unaware of any such talks between the player and English County and will hold talks with Abbott s agent soon. The development, if true, will severely affect South Africa s bowling power. As of now, Abbott has emerged as a vital cog in their plans across formats.

Timed out!: When Sri Lanka lost their third wicket at the score of 56 just after the tea break, skipper Angelo Mathews, who was the next man in, took longer than expected to come out. The South African fielders, Philander and du Plessis in particular, asked the umpires why Mathews was taking so long and also perhaps also enquired about the time. Just when the talks about Mathews getting Timed Out started doing the rounds, the Sri Lankan captain came running to the field. Perhaps he was finishing his tea and had not expected a wicket to fall so early, which caused the delay. Just for the records though, a batsman has three minutes time to cross into the playing area after the fall of a wicket, otherwise the opposing captain can appeal for Timed out . 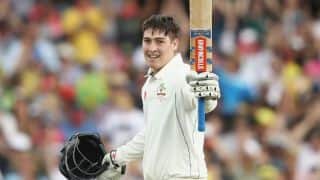 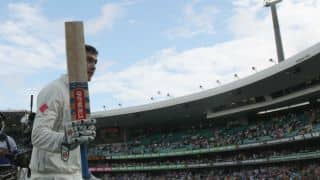