Spot-fixing and Woolmer’s death: How numbers can help detect anomalies

Spot-fixing and Woolmer’s death: How numbers can help detect anomalies

With the kind of technology available, and astute use of mathematical models, many anomalies in the field of play can be readily flagged as suspicious. With the striking example of Bob Woolmer’s death, Arunabha Sengupta demonstrates the way corruption can be combated with analytics.

With the kind of technology available, and astute use of mathematical models, many anomalies in the field of play can be readily flagged as suspicious. With the striking example of Bob Woolmer’s death, Arunabha Sengupta demonstrates the way corruption can be combated with analytics.

The Anti-Corruption and Security Unit (ACSU) of the International Cricket Council (ICC) was set up in 2000, in the wake of murky incidents that tarnished the image of the game.

According to the International Cricket Council (ICC) website, one of the principal roles of ACSU is the “eradication of corruption prejudicial to the interests of the game of cricket.” Obviously this includes all that is associated with rigging matches and spot-fixing.

We have the Board of Control for Cricket in India (BCCI) professing zero tolerance for corruption, erupting in sound and fury, handing out suspensions by fistful, once the events are brought to their notice.
It leads one to wonder why with all this supposed management commitment, the episodes of fixing and throwing matches continue to be brought to light by the police and the media.

True, often investigations bank on lucky leads, chance clues and may elude the eyes of the employed specialists. Some independent external eye can suddenly stumble over the truth. But, if this keeps happening on a regular basis, one starts to wonder whether proper controls are in place in appropriate reflection of the proclaimed commitment.

What is alarming is that many measures, which can be termed basic, seem to be absent and tell-tale signs of slimy dealings are often ignored by the authorities.

If one looks at the controversial fourth over of the Mohali match between Kings XI Punjab and Rajasthan Royals, some very dubious signals seem to have been very apparent. After a full and wide second delivery which went for four, the third ball bowled by S Sreesanth was short and wide outside the off stump, another boundary written all over it. Shaun Marsh threw his bat at it, but could not middle it properly. The next was a rank long hop, Marsh pulled and got a single off the top edge. Gilchrist faced the next one and Sreesanth sent down another pathetic short ball which was drilled for four. At this stage one heard the lament of the commentator on air, “Once is lucky, twice a mistake.”

So, even without knowing about signalling towels, the gut feel told us that this repeating error was somewhat out of ordinary. And when we look at Sreesanth pulling his hand out of the way as the drive comes back at him off the last ball of the over, one is forced to wonder if that was not palpably deliberate. Was it enough for us to say that something fishy was going on? Not necessarily. It may be just hindsight bias that makes one feel that the evidence was right there.

When the action is limited to one over, one can always argue that it was just bad luck, a few bad balls, loss of control and so on.

However, current technology rigorously documents bowling speed, pitch-maps and length and bounce of every ball. When combined with appropriate mathematical methods and properly analysed, some of the anomalies on the field can be easily spotted. Extremely unlikely events are possible to flag as suspicious outliers. The probability of a prolonged sequence of poor deliveries or the odds of a succession of big no-balls can be computed with scientific rigour, and this can be used to alert the authorities of possible misdemeanour.

Numbers cannot tell us whether fixing has really taken place or not. But, they can point out events that look shady and may need some investigation in the background.

Let me provide a striking example. We will see how obvious signs of corruption were blatantly ignored by ICC even when faced with suspected murder in its wake.

On March 17, 2007, Pakistan played Ireland in the ninth match of the World Cup at Sabina Park. As is known to every follower of the game, the unheralded Irish team upset the Pakistanis, and early next
morning, the lifeless body of coach Bob Woolmer was found on the bathroom floor of his hotel room.
When I had spoken to Clive Rice recently, he had minced no words in calling Woolmer’s mysterious demise a murder, and had pointed out that all the Pakistan players had been out caught in the match against Ireland. “What are the odds of that happening?” he had asked, implying that fixing was definitely involved and the murder was connected to it.

While Woolmer’s death was first diagnosed to be murder and later the verdict was curiously modified to obscure natural causes, what remains surprising is the total disregard for the match scorecard.
Indeed, as Rice says, every Pakistan batsman had been caught. And the ‘odds’ can be actually computed.

Till that match took place in Jamaica on that day, 35,748 wickets had fallen in all ODI matches. Of them, 19,949 had been caught — which amounts to 55.8 per cent. Given this, following the principles of multinomial expansion, the probability of all 10 wickets in an innings falling to catches yields a value of 0.0029. Which is roughly as likely as 3 in 1000.

Okay, perhaps cricketing factors like the bounce in the pitch and so on did affect the outcome. When we look at the matches played only on the Sabina Park pitch till that March day, we find 165 caught out of a total of 293 dismissals, which is roughly 56.31 per cent of the wickets end up as catches. This is more or less consistent with the overall statistics. Taking this as the basis, the probability of 10 catches in an innings is 0.0032 — again roughly translated to a chance of 3 in 1000.

(Following multinomial expansion, the formula of the probability of all 10 wickets falling to catches is [P(caught)]10)

Whichever way we look at it, the numbers do tell us that it was an extremely odd event — and although we cannot conclude from the results that the match was indeed fixed, a big flag of suspicion is raised. Taken in conjunction with Woolmer’s death, this does definitely give us lots of reasons to investigate the match and following incidents in great detail.

It is indeed not that difficult to have analytical tools in place to detect whether something fishy is going on. As another example one can look at the picture of Mohammad Aamer bowling a no-ball at Lord’s in 2010. Later he was pulled up for spot-fixing.

Statisticians were actually involved in the trial of Mohammad Asif and Mohammad Aamer. Three deliveries bowled by these two were no balls — two by Aamer one by Asif. UK-based sports agent Mazhar Majeed had been secretly filmed while promising sting agents that Asif and Aamer would bowl no balls at ascertained moments. The events took place exactly as promised. At the trial, statisticians considered the past record of Asif and Aamer and calculated the probability of them bowling the three no-balls by coincidence as one in 1.5 million.

However, the revelation took place only when the sting operation was carried out. My point is that such
anomalies can be sniffed by use of technology and data. 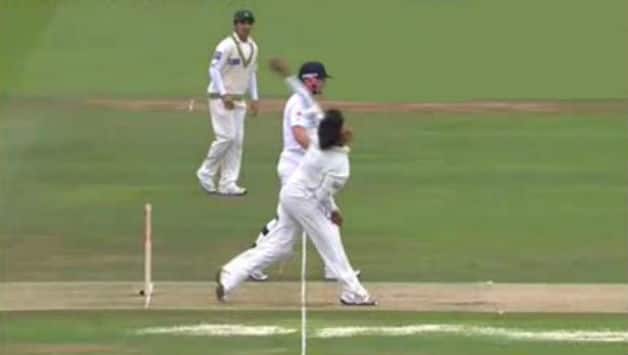 Mohammed Aamer overstepping the line by a big way. Ian Botham, commentating on Sky Sports, had said, that was like net bowling, obviously unaware that the bowler was hand-in-glove with undesirable elements to indulge in spot-fixing.

What is interesting in the picture of Mohammad Aamer bowling the no ball is the distance by which he is seen overstepping the line.

We can easily plot the frequency of no balls bowled by bowlers around the world against the distance by which they stepped beyond the bowling crease. In all probability the curve will look something like this. 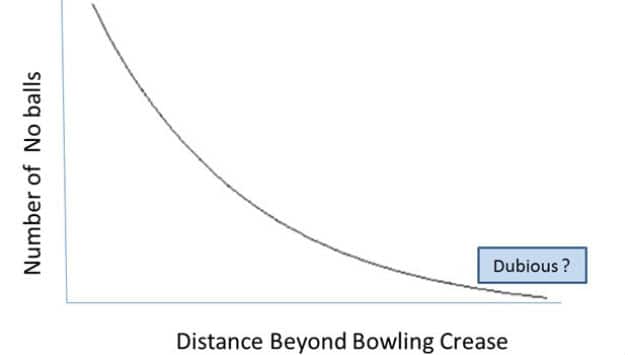 There may be a short bump in the beginning which can be accurately plotted only after proper analysis of the numbers. But, reason tells us that fewer no balls will be bowled away from the line and more will be close to the line. After all, the goal of the bowlers is to stay behind the line.

Now, if a bowler or a team is intent on bowling no-balls because of spot-fixing, chances are that they will overstep by a big margin. This is because of two reasons. One, they are not aiming behind the crease but beyond it, which means they will generally tend to plant their foot further than the ones who are making a genuine mistake. Secondly, with money staked on the no ball, bowlers will not chance a mistake on the part of the umpire who may overlook a marginal deviation.

Hence, if we see a lot of no balls during a game or a series or a tournament which fall in the part of the graph shaded as ‘Dubious?’ the red flag can go up and alerts can be triggered. Of course, it may have nothing to do with fixing and turn out to be a harmless case of yips, but the unusual activity can be documented and scrutiny can be kick-started to find out whether everything is really above board.
Again, with the available technology, data and the astute use of statistics, a huge number of such checks can be put in place easily enough, acting as toll gates to trigger alarms when any on-field activity looks minutely suspicious.

However, given the record of ICC at detecting issues, it does raise serious doubts whether qualified people with the required expertise are indeed employed for the purpose. 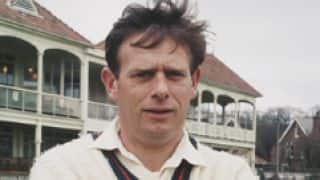 Star-studded Yorkshire bowled out for 23 by Hampshire