Spot-fixing scandal: What the ICC and the ACSU needs to do next

Spot-fixing scandal: What the ICC and the ACSU needs to do next

This scandal means that the ICC and ACSU need to take further action now.

Now that Salman Butt, Mohammad Asif and Mohammad Aamer have lost their liberty as well as their livelihood for their act of folly, attention must now surely turn to the ICC and their much maligned Anti-Corruption and Security Unit (ACSU).

It took a newspaper sting to expose that international cricketers were prepared to transgress the line and the English justice system to send a clear deterrent to any others considering to enrich themselves.

Despite this, Sir Ronnie Flannagan, the head of the ACSU said yesterday “It (corruption) is not rampant in the world of cricket”. That maybe so (at least we hope it is), but this scandal means that the ICC and ACSU need to take further action now.

The tip of the iceberg?

Was this a case of opportunism by a greedy agent and naive players, or was this the tip of an evil-smelling iceberg? There was enough evidence in the trial about other Pakistan cricketers and other matches. The ACSU needs to investigate these forthwith and the PCB need to be compelled to assist.

The ICC needs to provide a clear statement that it will no longer differentiate between spot-fixing and match-fixing – life bans should henceforth apply for both. In order to provide a small window for those already involved in fixing to extricate themselves (or even better come clean), this ultimate sanction would apply for any offences committed after 1 January 2012.

The ICC also needs to spell out clearly that where there is enough evidence to warrant an investigation, the player(s) concerned will be suspended immediately pending the outcome.

The ACSU should have its investigative powers increased: they need the same access to phone and email records as the police did in the case of Butt, Asif and Aamer. If this needs to be done with the co-operation of local cricket boards and police, so be it. Get the terms of agreement with the relevant authorities in place now.

The individual cricket boards need to follow suit and be compelled to apply the same sanctions for players caught fixing in domestic matches – this is not a problem restricted to the Pakistan side or international cricket.

If the ICC had had all the above in place, then Butt, Asif and Aamer would have been clear in the knowledge that being caught would have led to a life ban from cricket – that should be the ultimate sanction for a player not jail. But the lack of this ultimate sanction, meant an example had to be made of, at least, Butt and Asif.

All in all, it has been a bad episode for cricket, but it is one that the ICC and other cricket authorities need to learn from to ensure that this stain on the game is removed forthwith.

Click here to read all the news on spot-fixing 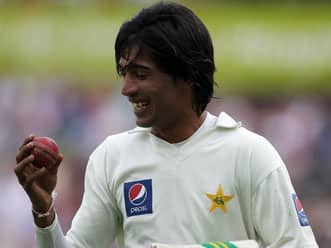