The entire Sri Lankan team has clicked as a unit and have achieved glory in 2014.

Away from their home for about six months, Sri Lanka have had a tremendous run in international cricket in various competitions in different continents. The team studded with the experienced caps of Kumar Sangakkara and Mahela Jayawardene, led by the impressive Angelo Mathews has been making giant strides in international cricket. Devarchit Varma has more…

It had come down to the last over of the day. In fact, to the last couple of balls. Sri Lanka had toiled hard all along on the final day. First, they had to deal with stubborn resistance by England batsmen Moeen Ali and Joe Root, and despite making couple of breakthroughs, there were not able to bundle out the English batting line-up.

The dismissal of Stuart Broad in the 97th over of the game lifted Sri Lanka’s sagging spirits, but little did they know that the last man in, James Anderson would also be another tough nut. Anderson batted with great poise and determination, and along with Ali he almost got England a favourable result. However, being the last to walk out to bat with minimal batting skills, Anderson failed to keep a rising delivery from Shaminda Eranga down, and was the last man to be dismissed with one ball to spare.

What was so special about this victory? It was Sri Lanka’s first Test series win in England (if one discounts the one-off Test in 1998). They have won everything that has come their way this year. Yes, they were more determined and disciplined this time around. They have not been as erratic as they were at Cardiff in 2011: however, there is one more aspect which none of us can forget.

As Ali and Anderson were able to take the game into the final over, Sri Lanka’s spirits would certainly have gone low and nervousness would have engulfed the 11 men who were on the field and the thousands who were watching the live action on television. Angelo Mathews found himself in a situation similar to what Mahendra Singh Dhoni found himself in, during the crunch final of the ICC World T20 2007.

Sri Lanka’s star pacer in the innings, Dhammika Prasad, who had laid the foundation of a win at Leeds, had just sent down a wicketless over and Herath, despite his three wickets, did not look promising enough. Mathews did not waste time to summon Eranga.

Eranga’s mind and heart would have been a battlefield of emotions in the dying moments of the match. A No 11 batsman had managed to stay safe on first four balls of the over, and there were cheers from all around the stadium and the gloominess had just started surrounding the Sri Lankans. They were very close to creating history. But was it really going to happen?

Amidst all this, Eranga ran in hard once again and barged one really short — one that was directed on Anderson’s helmet and the one that managed to actually scare a feeble No 11 batsman. This time, Anderson failed to keep it down and he was caught. England were bowled out for 249. Sri Lanka had won the Test by 100 runs.

So, what was so special about that Eranga delivery? While some may term it as the perfect delivery for a tail-ender, there was lot more to it. It had the desire; it had the energy; it contained hope. Eranga had managed to send down that special delivery that not only scared the No 11 English batsman, but also caught him slightly unaware. Deep within, the speedster had managed to conquer the inner demons in form of doubts and nervousness, and had managed to do what was required for his team, for his island nation.

Such has been the story of Sri Lanka in 2014. Not just Eranga, the entire team has clicked as a unit and have achieved glory. They are now the winners of the bilateral One-Day International (ODI) series in Bangladesh, then the Test series, the T20 series, the ICC World T20 2014 (wherein they beat a mighty India), T20 series in England, ODI series in England, and now, the Test series. The year 2014 certainly belongs to them. Under Mathews, they are indeed on their way to achieve even more success.

Somewhere in the African subcontinent, a certain Hashim Amla and a Russell Domingo would be watching all this very closely. After all like England, they too would be starting a new era, when they tour Sri Lanka next month. 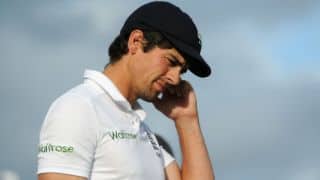 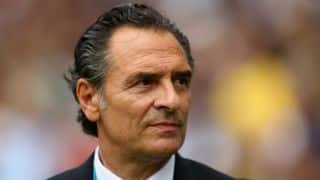