With a seven-match-series against Sri Lanka, it’s going to be a test of character for England as well as an opportunity to assess their team going in to the ICC World Cup 2015. Abhijit Banare analyses what the series means for England.

In limited overs cricket, hope is a big factor when their team is on the field. Going by recent performances, it would be nothing short of a surprise if England manage to keep Sri Lanka down in their own backyard. As teams move closer to the ICC World Cup 2015, each series is important with an eye on the big event. The conditions in Lanka and in the World Cup are sure to be poles apart but there’s a lot at stake for England. The series against India was a forgettable one where they hardly got anything right.

Team selection: A seven-match series can have its own advantages and disadvantages. If one team begins dominating early on, the pressure to fight back more or less turns the series in one way. On the other hand, it allows teams to understand their best XI and what works well. England need to finalise who their best players are and how many of them are certain to feature in the XI. Skipper Alastair Cook, Ian Bell, Eoin Morgan, James Anderson and Jos Buttler seem to be the only ones sure to be a core part of England’s World Cup campaign (Stuart Broad provided he is fit). The length of this series provides England to assess who are their best players.

It’s an opportunity for players like Ravi Bopara, Moeen Ali, Alex Hales, Steven Finn etc. to cement their places. These are quality players in the format but are yet to get going.

Call for aggression: One of the key criticisms faced by England is the inability to produce a fluent display in limited overs. Perhaps that was one reason why Gary Ballance finds himself out of favour. In fact, the skipper himself was dragging his bat around in the series against India. With Hales opening, followed by return of Ian Bell, Eoin Morgan, Ravi Bopara and Jos Buttler in the middle order, England have the potential. But…

Spin: As far as this series is concerned, England have little options in spin apart from James Tredwell and Moeen Ali (who excites England cricket more as a spinner than as a batsman).  Given the nature of the wicket, these two are certain to feature in the playing XI.

Key series for Eoin Morgan: Even though Cook leads the team, the England team have kept a lot of hopes on the left-handed Morgan. If there’s anyone who has been consistent in the format and can pace his innings according to the situation it is Morgan. As mentioned earlier, the length of the series gives enough time to get in to the groove and asses the batsman’s performance.

Going in to the tri-series early next year involving India and Australia, England’s task will be to adjust to the conditions there and play as much as possible with the certainties.

(Abhijit Banare is a reporter at CricketCountry. He is an avid quizzer and loves to analyse and dig out interesting facts which allows him to learn something new every day. Apart from cricket he also likes to keep a sharp eye on Indian politics, and can be followed on @AbhijitVirgo 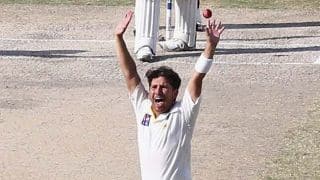 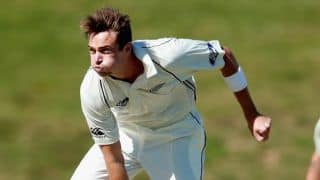