Warrican can turn out to be a deadly prospect as a spinner on the turning Sri Lankan tracks in the upcoming Tests.

West Indies are currently in a preparatory mode for the upcoming two- Test series in the  tour of Sri Lanka, the first game of which is due to begin on October 14. Jason Holder, who recently replaced Denesh Ramdin as West Indies Test captain, will aim to lead his team into a new era that will hopefully erase the troublesome memories from the recent past. The young skipper will have a lot of new and young members in the touring party to help him out with that vision, one of whom is Jomel Warrican. Amit Banerjee digs deeper into the uncapped player’s past in an attempt to find out more about his achievements and what he has to offer for in the Tests.

West Indies Cricket Board’s (WICB) announcement of their Test squad for the tour of Sri Lanka a month ago stirred rounds of gossip in the cricketing circles, the chief topic of which was the appointment of Jason Holder as skipper in place of Denesh Ramdin. While many expected Holder to lead the West Indies Test side at some point in the future, most didn’t expect the board to make the move so soon. Barring that, the selection of several new faces is another topic of conversation, especially that of Jomel Warrican. READ: West Indies tour of Sri Lanka 2015 Itinerary

The St Vincent-born leg-spinner is a relatively new name even in the West Indian domestic circuit. He has a mere 15 First-Class appearances to his credit, along with 3 List A and Twenty20 appearances. Warrican built up a reputation of being brilliant in the art of leg-spin bowling in some of the early teams that he played —Combemere School, Barbados Youth, Barbados Under-19. He also featured in the West Indies squad for the 2010 ICC Under-19 World Cup alongside Holder, Kraigg Brathwaite, Jermaine Blackwood and Shane Dowrich, taking 5 wickets at an average of 27.

The youngster’s career was initially marred by an on-field incident in which his reputation took quite a hit: he reportedly swung his bat at an opponent during an altercation, though it was also suggested that he was provoked into committing the act. Over the passage of time, however, the incident has been buried, with Warrican going on to record 66 First-Class scalps at an impeccable at 16.43 (and an economy rate of 2.29). Warrican, however, must keep his cool in the international scene in order to avoid permanently damaging his chances becoming a permanent member of the side.

Warrican’s accuracy and ability to infuse variations into his bowling, even in the Caribbean pitches that are not as spin-friendly as the subcontinent tracks, will come as an asset for the West Indians in Sri Lanka. While the 23-year-old has had to compete with Suleiman Benn for a spot in the team for some time, he has a chance to seal himself as a valuable spin option for the team.

India vs South Africa: Moods and moments from the 2nd T20I at Cuttack 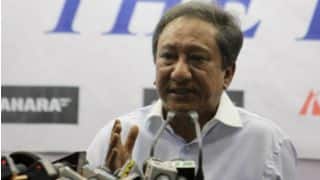