A consistent performer with bat and ball in the domestic circuit, Sriram managed to play just 8 ODIs for India.

Born February 21, 1976 in Madras, Sridharan Sriram was once tipped an all-rounder with a bright future in international cricket. A consistent performer with bat and ball in the domestic circuit, Sriram managed to play just eight One-Day Internationals (ODI) for India. On his 40th birthday, Pramod Ananth lists some interesting facts about the southpaw.

1. Star of India U-19 tour of South Africa: In 1992-93 when India Under-19 team toured South Africa, Sriram rose to prominence as he scalped 29 wickets in the entire tour.

3. International call-up: His consistent performances in the domestic circuit earned him his maiden national call-up. Sriram made his debut in an ODI game against South Africa at Nagpur in 2000. A string of poor performances meant that he lost his place in the team after six games. He however made a comeback during India s tour of Bangladesh in 2004-05. He scored his highest score of 57 in his final international appearance.

4. Teams represented: Barring Tamil Nadu, Sriram has also played for Maharashtra, Goa, Assam and Himachal Pradesh, playing his final First-Class match against Maharashtra for Himachal Pradesh in December 2011. Sriram also had a brief stint with Scotland in 2004, where he played alongside Pakistan bowler Yasir Arafat.

5. ICL connections: Sriram joined the rebel Indian Cricket League (ICL) in December 2007, where he initially started off with Chennai Superstars and then later moved to Ahmedabad rockets, but quit the league in2009 with many other Indian players. He started playing for Royal Challengers Bangalore (RCB) in the Indian Premier League (IPL) the following year.

6. Coaching career: Sriram acquired his coaching badges from the England and Wales Cricket Board (ECB) in 2007-08, while he was still an active player. He has coached teams in New Zealand and Netherlands since then. He coached the Tamil Nadu A team after he stopped playing and eventually was appointed Delhi Daredevils (DD) assistant coach in 2015. Sriram also worked with the Australia A side that toured India last year. He was also named coaching consultant for the senior Australian team for the tour of Bangladesh, but the tour was cancelled as Australia refused to travel, citing security reasons.

Currently, he is helping the Australian spinners in their tour of India. 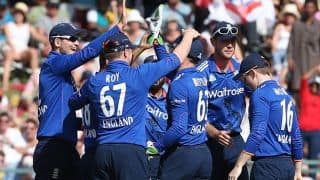