Sir Francis Stanley Jackson, born November 21, 1870, is a former England and Yorkshire cricketer, who was also a soldier and Conservative Party politician. Jackson captained England, scored five centuries and took a five-wicket haul before going to the First World War as Lieutenant-Colonel of a West Yorkshire Regiment battalion. Known for his tough character, Jackson was not really a popular man, but was always a deeply respected one. He later served as the Governor-General of Bengal and escaped bullets from an Indian revolutionary. On his birth anniversary, Chinmay Jawalekar looks at 17 facts from the life of the legend who played 20 Tests and 309 First-Class matches before moving on to other duties.

1. Played against the first All India XI

Though India played its first ever official Test match in the year 1932, almost 40 years before that match an All India XI took field against visiting Lord Hawke’s XI. The All-India side had only three Indians – Mehallasha Pavri, BD Gagrat, Nasarvanji Bapasola while the others were Englishmen stationed in the army or in India for business reasons. It was captained by Edward French. Jackson turned out for Lord Hawke’s XI in the match and scored 34 runs in the only innings. He also picked up a wicket each in both the innings of the match that his team won by an innings and 5 runs.

On one occasion, during a match at Bradford, Jackson was out to a brilliant catch. Displaying sportsmanship, he tucked his bat under his arm and joined the opposition in the applause which greeted the fieldsman’s splendid effort.

The world may have seen the likes of Sachin Tendulkar and Adam Gilchrist walk off the field knowing they were out. Butages before them, Jackson was a “walker”. On one occasion, he even deliberately gave a catch to a fielder near the boundary because he had been forced to drop one off the previous ball by spectators who had entered the field.

The 1905 Ashes, also Jackson’s last series, is a memorable one for many reasons. Captaining England, Jackson won all five tosses, batted first all five times (he became the first to do so in a five-Test series) and won the Ashes 2-0 with easy victories at Trent Bridge and Old Trafford. There’s a famous incident from that tour, when his opposition captain Joe Darling invited him for a wrestling duel. The legend goes like this’:

Darling was frustrated on that tour for losing all the tosses and also because of his team’s performance. His mood further soured when he reached Scarborough to play Charles Thornton’s XI and found out that the opposition captain was none other Jackson.

Determined to bat first, Darling wrapped a towel around his waist and made his way to the home side’s dressing-room. He confronted Jackson, saying, “I’m not going to risk the toss this time except by wrestling.”

An amused Jackson agreed to Darling’s wrestling bout but only one on the condition that the strongly built George Hirst would represent Thornton’s XI in the duel. Darling cast a look at Hirst’s imposing frame and backed out. Darling and Jackson eventually walked out to toss. Darling tossed the coin in the air, Jackson called, and did not bother to look at the coin afterwards. “We’ll bat” were the only words he uttered. A distraught Darling found out that he had indeed lost the battle of the coin again. The match ended in a draw with Jackson scoring a hundred in the first and vital 31 not out in the second innings that ensured the draw.

Jackson spotted the talent of KS Ranjitsinhji, a.k.a Ranji, who was the first Indian to ever play international cricket. Those days, the royal man from India Ranji was struggling to find a place for himself in the Cambridge University side due to his unorthodox batting and race. Jackson, the then captain of the university team, was responsible for Ranji’s inclusion in the Cambridge First XI. According to English journalist Alan Gibson, this was “a much more controversial thing to do than would seem possible to us now”. Jackson and Ranji became good friends later on and when the former became the Governor of Bengal, he used to consult the Indian prince on political matters.

During Jackson’s time at Harrow School, his fag was fellow parliamentarian and future Prime Minister Sir Winston Churchill. A fag was a junior boy who acted as servant to a senior boy at a British public school those days. Fagging was a traditional practice in British boarding private schools and also many other boarding schools, whereby younger pupils were required to act as personal servants to the most senior boys.

Jackson was a natural leader and captained all the sides he played for Harrow, Cambridge, Yorkshire and England. His ability to lead was greatly admired and he’s even considered as one of England’s greatest captains.

Jackson received the highest honour that a cricketer can enjoy, when he was named the President of the prestigious Marylebone Cricket Club (MCC) in the year 1921. He later succeeded Lord Hawke as President of Yorkshire CCC in 1938 after Hawke’s death and held the post until his own death in 1947. He was also the chairman of Test Match Selection Committee in 1934, and in 1943 presided over the special committee appointed by MCC to consider Post-war Cricket. Jackson also served as Financial Secretary to the War Office in 1922-23 and as the Chairman of Conservative Party from 1923 to 1926.

Jackson was elected as a Member of Parliament at a by-election in February 1915 and represented Howdenshire seat until resigning on November 3, 1926.

According to a Wisden report, Jackson once bowed in front of the ball. The incident goes like this: At the Bradford ground, there is a stone wall in front of the pavilion. Once during a match, a ball bowled by Jackson was sent by drive hit along the ground with such brute force that it rolled back from the wall into the middle of the field, coming to rest at his feet. Jackson, in appreciation of the remarkable occurrence, made the ball a dignified bow.

In the year 1927, Jackson was appointed Governor of Bengal and in the same year he was knighted with the Knight Grand Commander (GCIE) and was made a member of the Privy Council. Later, in 1932, he was awarded Order of Saint John and Order of the Star of India.

On February 6, 1932, Jackson was at the receiving end of bullets of Indian revolutionary “Agnikanya” Bina Das. Being the Governor of Bengal, he was invited to the convocation ceremony for students of Calcutta University as the Chief Guest. Seated amongst the students was Bina, who was carrying a revolver and had come there with the intention of killing Jackson. As he stood up and came to the dais to start his speech, Bina opened fire at him but in vain.

Escaping unharmed and smiling, Jackson resumed his speech amid cheers even before the smoke had blown away. Bina was tackled and disarmed by Lieutenant-Colonel Hassan Suhrawardy (the first Muslim Vice Chancellor of the University of Calcutta), who was later knighted by the King for his heroism.

All of Jackson’s 20 Tests were against Australia in England. He still holds the record of the longest Test career without playing an overseas Test.

16. Wisden Cricketer of the Year

Jackson was named the Wisden Cricketer of the Year in 1894. 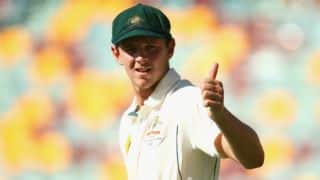