While Kohli beats Tendulkar only marginally, Vijay is significantly clear of the others.

Discussing India’s most successful batsmen against Australia with friends? You do not need to go back in time to Sunil Gavaskar or Gundappa Viswanath, or even the usual suspects, Sachin Tendulkar and VVS Laxman. While all four champions named above have aggregated over 1,500 against Australia, the two Indian heroes at Adelaide Oval top the batting average charts for Indians against Australia (with a cut-off of 750 runs).

Both Vijay and Kohli have had impressive (albeit not exceptional) careers till now, but both men have developed a strange penchant for scoring runs against Australia. Here is the break-up:

Vijay and Kohli against Australia and other oppositions

It may be too early to comment, but it will not be easy for Australians to blow India away. They have their men lined up. Along with Vijay and Kohli, there is Cheteshwar Pujara — who may have scored only 589 from six Tests, but averages 65.44. India vs Australia 1st Test at Adelaide: Marks out of 10 for the visitors 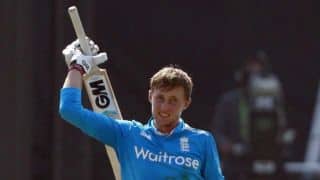