In the sixth part of the statistics across eras series, Arunabha Sengupta looks at the perception that helmets affected the revenue of pace bowlers since they came into play from 1978. 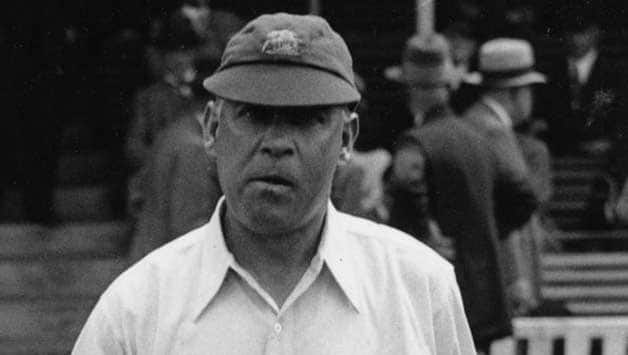 In the sixth part of the statistics across eras series, Arunabha Sengupta looks at the perception that helmets affected the revenue of pace bowlers since they came into play from 1978.

On March 17, 1978, Australians were sent in by Clive Lloyd against Andy Roberts, Colin Croft and Joel Garner on a lively Barbados track. Once Rick Darling had edged Croft early on, a puzzled hush descended on the ground. It looked as if a welder with an oxy-acetylene flame cutter had mistakenly loitered on the cricket field.

Soon Graham Yallop was recognised under the cumbrous white helmet and a transparent face guard and he was booed and jeered all the way to the wicket. The Victorian batted about two and a half hours and scored 42, and started a fashion that changed the game forever.

It was Patsy Hendren who designed his own helmet way back in 1933 – a rubber hat with three peaks two of which fitted over the side of his head – as he faced Learie Constantine and Manny Martindle at Lord’s. But, it took 45 more years for the trend to catch on.

The perception is that ever since the batsmen started donning helmets, fast bowling lost the edge of physical intimidation. Mediocre men could now get behind a Croft or a Dennis Lillee and get away with it.

However, were the pace bowlers really affected by this change?

The figures under helmets

The 1970s and 1980s were known for world class pace bowlers, lightning quicks by the dozen from the Caribbean; fire spewing, swear spitting nasty men from Australia and even a few genuine fast operators from England and Pakistan.  How did they fare when the helmets started butting into the game?

If we look at the 70s till the fateful day for fast men when Yallop walked out under the white contraption, we find men like Lillee, Croft, Garner, Roberts, Jeff Thomson, John Snow, Michael Holding, Bob Willis, Imran Khan – all posing physical threat to batsmen.  On the other side of 1978, over an equal time span till June 1986, we have a sizeable portion of the earlier set appended by Malcolm Marshall, Pat Patterson, a young Courtney Walsh, Rodney Hogg and others.

Hardly any difference. In fact, the average of the second group shows perceptible improvement if Hadlee, Kapil and Botham are included in the analysis.

Putting the figures of all the quick men of the two periods through a statistical test known as Mann-Whitney analysis does not yield any significant difference.

To drill down objectively, let us look at a list of excellent fast men whose careers spanned through the helmet revolution, and try to find out how they battled through the phase. To do this, we look at six years, two before the helmet, two during the first period of its use and two more by which time it grew into a norm. Fortunately, we find nine exemplary men from the period.

A visual inspection of the data tells us a lot. Holding, Lillee and, to a lesser extent, Roberts, started off with a bang, moved into a steady mode and became lethal again. Thomson was no longer his threatening self by 1980, and the performance of Garner, Len Pascoe and Imran Khan actually improved a lot down the years.

What is perhaps more striking is that, with the advent of helmets, the strike rate of these bowlers went down and though it recovered to some extent in the third phase, was never quite the same again.

All these assertions are validated by scientific tests. Mann-Whitney and Kruskal-Wallis Tests do not find significance difference in the three data sets of averages. There is not enough evidence to say that the bowling averages improved or deteriorated during the three phases.

However, Mann-Whitney Test of strike rates does yield a result which loosely means that we can say with 92.2% confidence that the strike-rates deteriorated for this group of bowlers during 78-80 (a p-value of 0.077).

i. With helmets, scoring runs did not get easier against the fast men of the generation. This has been demonstrated in earlier episodes as well. However, getting wickets became more laborious. Batsmen could resist longer against the quick bowlers, perhaps powered by the protection aided confidence. Batting technique changed. People no longer bothered about moving to the off side of the ball to play the hook shot. The new batsmen were not necessarily inferior to the old brigade, it was the evolution of a different technique with the diminished risk of head injury.

ii. When new fast bowlers arrived, they developed new skills to pick wickets at the same rate as their predecessors. With physical intimidation not being what it used to be, they extended their repertoire. In Marshall, Walsh and Wasim Akram we witnessed many splendored munitions in their arsenal. Waqar Younis perfected his toe crushers because no one wears helmets at both ends. In came the slower ball, reverse swing and other innovations.

Cricket is a game that evolves. The appliances and technology come into the game, ammunitions are neutralised, but it does not lead to one sided showdowns. New thoughts fly through the gunnery and out come novel weapons – which may not threaten life and limb, but can be potent enough to make batsmen hop.

The danger today, perhaps, is not protective gear, better bats or benign wickets. It is of this constant flow of thought sinking in the cacophony of Twenty 20 mayhem.