Stephen Boock's nonchalance was in display early in 1989, when the Eden Park groundsmen produced a belter of a track when the New Zealanders played Pakistan.

Stephen Boock captured 74 wickets in 30 Tests with his left-arm spinners and was an integral part of the New Zealand side of the 1980s. However, as Arunabha Sengupta points out, he was more than just a bowler.

One of the most sterling and undervalued qualities in a cricketer is perhaps the ability to buoy the spirits of the team when chips are down.

Stephen Boock, the former Kiwi left-arm spinner, had a spirit laced with this trait. Perhaps that is what helped him along as he came in at 169 for 9 at Sydney in 1985, and disregarded the laws of nature by putting on 124 with John Bracewell for the last wicket.

His nonchalance was in display early in 1989, when the Eden Park groundsmen produced a belter of a track when the New Zealanders played Pakistan. On that lifeless wicket, Shoaib Mohammad batted nearly a day for his 112 and Javed Miandad the better part of two days for a mammoth 271.

Boock, having scalped Rizwan-uz-Zaman early on, bowled through two-and-a-half days, sending down a marathon 70 overs without further success. However, when nudged for the single that brought up the 200th run against his name, he celebrated in style.

Kneeling on the wicket, he kissed the turf, and got up with a reverent look in his eyes. And as Ewen Chatfield trudged across to start his next over, he pointed towards the spot he had kissed and said that there was some moisture in the wicket for the bowler to take advantage of.

He finished with figures reading 70-10-229-1 as Saleem Malik and Imran Khan also made merry and Pakistan amassed 616 for 5. But you could not knock the spirit out of him.

(Arunabha Sengupta is a cricket historian and Chief Cricket Writer at CricketCountry. He writes about the history of cricket, with occasional statistical pieces and reflections on the modern game. He is also the author of four novels, the most recent being Sherlock Holmes and the Birth of The Ashes. He tweets @senantix.) 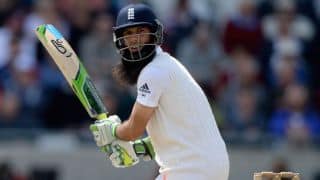 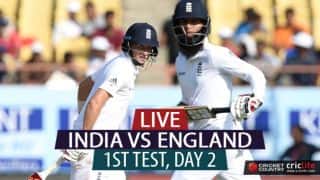