Steve Smith blossoms into reliable No 5 for Australia in Tests

Steve Smith blossoms into reliable No 5 for Australia in Tests

Steve Smith’s matured innings at Perth has come in good time as he was under pressure after two poor Tests.

Steve Smith’s matured innings at Perth has come in good time as he was under pressure after two poor Tests. In fact, there was a time when critics questioned his Test prospects. Abhijit Banare writes about the batsman who has transformed from a perceived ‘bits and pieces player’ to a reliable No 5 in the Test line-up.

During the final Test of the Ashes 2010-11 at Sydney, England were ecstatic after dismissing Michael Beer as they completed a comprehensive 3-1 Ashes victory Down Under. In the modest second innings total of 281, Australia’s Steve Smith was the last man standing on 54. For two years after that game, Smith was not in the scheme of things for the Test side. For a long time, Smith’s brand of cricket was associated with the shortest format of the game; you got a bit of zip with the part-time leg-spin, he could whack it a long way batting at No 5 or No 6 and save plenty on the field.

As Smith went about scripting a sensational ton on Day One of the third Test at Perth, perhaps all those perceptions about the all-rounder have been buried. It was not the first innings where he has challenged the notions about him lacking quality at the Test level. His first remarkable innings of the year came at Mohali where he scored a 92 in the first innings (Smith’s first Test since the Ashes in 2010-11). It followed with a 53 in the first Ashes encounter earlier in 2013.

The important thing is that those knocks came under pressure when his teammates struggled, and sadly came in defeats. While critics were busy finding flaws in the Australian line-up, they overlooked Smith’s performances under pressure. An 89 at Manchester in same series and finally the first Test ton at The Oval did help his reputation. With the failure of Australia’s batting barring Michael Clarke, he was an easy pick for the home leg of the Ashes. However, his unbeaten innings at Perth has redefined the value Smith brings to the team. ‘Patience’, ‘maturity’ and ‘ sensible’ are among the first words one might use while describing his brilliant innings.

There were many unique things about his innings at Perth. Throughout Day One, he superbly counter-attacked the England bowlers. Clarke would be proud of the way Smith handled spin, coming down the track and using the feet well to Graeme Swann. It is a known fact that the Australians do not play spin very well but Smith is one of the few who can counter that trade very well. Another remarkable aspect was the way he dealt with short stuff. As some of the commentators discussed, England overused that tactic. Yet you can’t blame them as the Aussie batsmen showed they were vulnerable. Clarke was caught and both George Bailey and Brad Haddin were set up for some short stuff. However, Smith converted them into scoring opportunities. Bowlers get pumped up to see a batsman hobble to the short deliveries, and when the batsman counter-attacks, it tempers and frustrates the bowler. Smith pulled confidently through mid-wicket on numerous occasions and that show he picked the short deliveries early and got into position.

In fact, Smith scored more than 70 per cent of his runs through the leg-side, and he did not prod at deliveries pitched outside off. While those sixes and fours coming down the track had streaks of aggression, overall it was a mature innings.

With this performance at Perth, Smith has surely cemented his spot in Tests for a considerable time which will allow him to grow more. And, not to forget that he can bowl a bit as well. If he bowls a lot more and performs consistently there, he could become a leading all-rounder in Test cricket. As of now, the Australian management will be content on having a reliable batsman at No 5 as the others around struggle to consolidate. 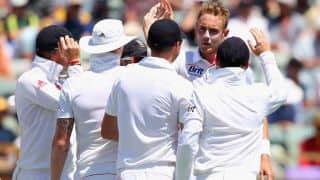 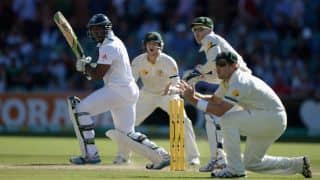