Steven Smith completed 1,000 Test runs in 2017 during the third Ashes Test at Perth. He, however, has been attaining this feat since 2014, something only Matthew Hayden had achieved in the past the big lad had done it five times. It would not come as a surprise if Smith edges out Hayden in the next two years, especially given the magnificent rate at which he has been rolling up runs.

Smith averaged 60.4 before this Test, and will of course go higher after the Test concludes. He has already amassed his 22nd hundred, and is en route his second double-hundred.

Adding more to the law of averages, Smith has scored at 73.4 since 2014, something Hayden had not accomplished his average dropped to 43.1 during the fourth year of collecting 1,000 runs. Smith, all the same, has surpassed Brian Lara and Kevin Pietersen who had done it thrice.

Adding more to the habit of reaching three-figure marks, Smith has scored 20 hundreds since 2014, making it 5 hundreds every year. He went past Hayden and Ponting who had smashed 19 hundreds in 4 years.

How can Sachin Tendulkar not make an appearance when we crunch numbers? Smith even put Tendulkar behind, becoming the third-fastest to 22 hundreds: Don Bradman had taken 58 innings, Sunil Gavaskar 101, Smith 108, and Tendulkar 114.

Note: This piece was published during Steven Smith’s knock in the first innings of the third Ashes Test. The numbers may change thereafter. 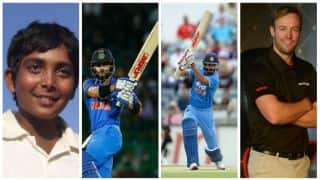 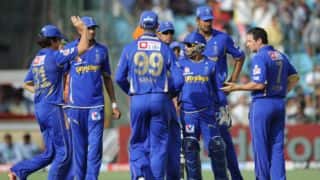