One feature of Smith's batting is that he does not get bogged down.

Steven Smith in the last year or so has shown he can thrive when his team is in the ascendancy and when the chips are down. His fighting 97 versus Pakistan at Abu Dhabi on Monday is a testament to that. Indrajit Dutta looks at how Smith has become one of Australia’s most reliable batsmen.

Steven Smith has become a vital cog in the Australian middle-order. Ever since his first hundred at the Oval in the final Ashes Test in the 2013 series he’s gone from strength to strength.

His 84 in the deciding Test in the first innings in the series versus South Africa was instrumental in Australia thwarting the pace attack of Vernon Philander and Morne Morkel (Steyn bowled only ten overs due to an injury). Earlier Michael Clarke and David Warner had put the Australians in the ascendancy. Thereafter Smith with Clarke saw to it that the Australian would carry on in the same vein.

His hard-fought 97 in the loss against Pakistan on Monday gave ample proof of his enormous power of resistance. Smith was one of the Australian batsmen who did not appear all at sea against the turning ball. David Warner and too some extent Mitchell Marsh were the only other batsmen who looked confident.

Smith does not have a lot of experience in Tests yet he seems to have a mature head on his shoulders. The fact that in Abu Dhabi he’s gritted it out in subcontinent-like conditions and done well augurs well. He was a part of the Australian outfit which was hammered four nil in India. He did make a 92 at Mohali but for most of the tour he looked distinctly uncomfortable against the turning ball.

At Abu Dhabi Smith showed he’s learnt a lot about playing in different conditions. It was he who defied the Pakistani spinners and gave the Aussies a glimmer of hope of somehow saving the second Test. It was after he got out three short of a richly deserved hundred that Pakistan cantered to victory.

One feature of Smith’s batting is that he does not get bogged down.  He keeps the scoreboard ticking more often than not. He can be aggressive when he wants but the ones and twos constitute a huge part of his innings. Comparisons with Ricky Ponting have been drawn, furthermore his batting does bear some resemblance to Clarke. The two, however, were and are more aggressive whereas Smith keeps busy by constantly rotating the strike with singles.

Smith’s short career is already studded with five hundreds. His victims have been South Africa and England.  His first ton came against arch-enemy England at the Oval in 2013. In total he made 138 and was instrumental in propping up Australia to 492. The Aussies had lost already lost the series but in this drawn Test they staged quite a fightback

Another fine knock by the 25-year old was his 111 at Perth in 2013 and once again the English were at the receiving end. Coming in at 106 for three he proceeded to become the top-scorer as he made hay while the sun shone against a demoralised England attack.

In the end Australia reclaimed the Ashes as the English wilted in the face of some superb bowling.

One more innings which showed that he’s a hard nut to crack is his innings of 100 at Centurion versus the Proteas earlier this year. He came in as Australia were precariously placed at 98 for four,  the world’s best pace had its tail up at this point. Not to be overawed by the situation the man from New South Wales got stuck in and put on 233 runs with Shaun Marsh who went onto make 148.  A daring late cut by Smith of a steep short delivery by Morne Morkel is etched in  the memory of the viewers. The 233-run stand with Marsh ultimately put the Aussies in the driving seat and they ended up winning this Test by a huge margin of 281 runs.

It is innings like these that is turning Steven Smith into a man for all seasons, won’t be a surprise if he’s soon known as The Dependable Mr. Smith. 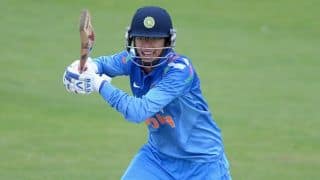