Subhash Gupte: 10 facts you should know about the legendary leg-spinner

Subhash Gupte: 10 facts you should know about the legendary leg-spinner

As a leg-spinner, Sir Garry Sobers has rated Gupte above Shane Warne.

Subhash Gupte, born on December 11, 1929, was one of India’s most eminent spinners in the 1950s and the early 1960s. He played 36 Tests and took 149 wickets at an average of 29.55, with best figures of nine for 102. Sir Garry Sobers, the great West Indian all-rounder, rated him ahead of Shane Warne as a leg-spinner. Nishad Pai Vaidya picks 10 facts you should know about the Indian leggie.

Gupte made his First-Class debut for the Maneck Engineer’s XI against Madhav Mantri’s XI in the Bombay Festival Tournament 1947-48. He took two wickets in that match.

3. First Indian to take 10 wickets in an innings in First-Class cricket

In 1954-55, Gupte recorded a spell of 10 for 78 for Bombay in a game against Pakistan Combined Services and Bahawalpur XI. This was the first time an Indian took 10 wickets in an innings in First-Class cricket. His record was broken by Premangsu Chatterjee in 1956-57, when he took 10 for 20, to record the best figures by an Indian in First-Class cricket.

During the second Test between India and West Indies in Kanpur in 1958, Gupte recorded a spell of nine for 102 as the tourists were bowled out for 222 in the first innings. He could have taken all ten if wicket-keeper Naren Tamhane had held on to the chance offered by Lance Gibbs.

Gupte’s career came to an unfortunate end in 1961. When India and England played a Test at Delhi, a controversy ensued off the field. AG Kripal Singh, Gupte’s roommate for that leg, was accused of harassing a hotel receptionist and asking her out on a date. The administrators had told Gupte that he should have prevented Kripal Singh from doing so. In reply, Gupte said, “He is a big man. How can I stop him?” Unfortunately, that Test in Delhi was his last and he was not selected for India ever again. He had said, “Nothing had happened. Kripal had not raped the girl or assaulted her, he just asked her out for a drink.” Funnily, Kripal Singh did play a few more games for India.

Gupte’s brother Baloo was also a leg-spinner. As luck would have it, he made his debut for India against Pakistan in early 1961, replacing his brother. Baloo played only three Tests for India.

8. Settling in the West Indies

Gupte married a Trinidadian woman, Carol, and settled with her in Trinidad and Tobago. He also played a bit of First-Class cricket for Trinidad and South Trinidad.

Apart from the zonal and numerous representative sides, Gupte played First-Class cricket for Bengal and Rajasthan, apart from Bombay. In England, he had played club cricket for Rishton.

Sir Garry Sobers, the great West Indian all-rounder, had famously said that he rated Gupte above Shane Warne the Australian legend with 708 Test wickets. Sobers wrote in the book, In a League of Their Own: 100 Cricket Legends Select Their World XI, “To me, Shane Warne is a great turner of the ball. I like his aggressive attitude, I love the way he attacks batsmen and I give him 100% for that as not enough spinners bowl with that approach, but in my estimation Subhash Gupte was a better leg-spinner.” However, it was quite surprising given the fact that Sobers had not played Gupte during his prolific tour to West Indies in the early 1950s. 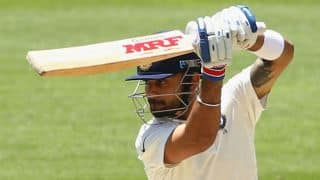 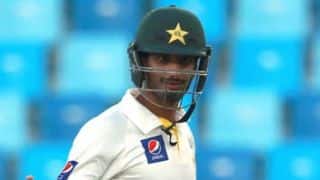