Sunrisers Hyderabad beat Kolkata Knight Riders by 22 runs and will take on Gujarat Lions in Qualifier 2.

It was yet another good match in the Indian Premier League (IPL) 2016 as it was Sunrisers Hyderabad (SRH), who emerged victorious by 22 runs against a Kolkata Knight Riders (KKR) side, who never looked to be in this match. SRH will now take on Gujarat Lions (GL) in Qualifier 2 and the winner of that match will take on Royal Challengers Bangalore (RCB) in the final. It was a professional performance by SRH throughout the match. Being one of the most consistent teams in the tournament perhaps they deserve a place in the final. Let’s have a look at some of the highlights of the match. FULL CRICKET SCORECARD: Sunrisers Hyderabad vs Kolkata Knight Riders, IPL 2016 playoffs, Eliminator at Delhi

Morne Morkel strikes early: Morkel was brought into the playing XI in place of Shakib-Al-Hasan, looking at the green top. He justified his decision by removing Shikhar Dhawan early. Dhawan struck Morkel for a couple of boundaries, but Morkel got his revenge by knocking Dhawan over. FULL CRICKET UPDATES: Sunrisers Hyderabad vs Kolkata Knight Riders, IPL 2016 playoffs, Eliminator at Delhi

David Warner-Moises Henriques partnership: Warner and Henriques put on 59 runs for the second wicket, which put them in good stead after losing the wicket of Dhawan early.  Henriques played a fluent innings and in fact outscored Warner in the partnership.

Kuldeep Yadav’s double strike: Kuldeep got the wicket of Henriques and Warner of consecutive deliveries. He first removed Henriques for 31 off 21 and then followed it up with the wicket of Warner for run-a-ball -28 as he missed a wrong one from Kuldeep and was cleaned up trying to sweep.

Bipul Sharma’s late blitz: Bipul scored 14 off 6, including two sixes, which came off the final over of the innings off the bowling of Morkel. 14 runs came of the final over and that perhaps gave SRH all the momentum going into the second innings.

Yuvraj Singh runs Colin Munro out: Yuvraj rolled back time when he ran out Munro. KKR had got off to a decent start, but that run out gave SRH the belief that they can win it. SRH kept picking up wickets at regular intervals and they eventually won it.

Bhuvneshwar Kumar’s excellent spell: Bhuvneshwar not only won the purple catch, but managed to finish with figures 3 for 19 in his four overs, which helped SRH stomp the authority on their opposition. Bhuvneshwar has had a mixed campaign, but has been doing well in the business end of the tournament for them. 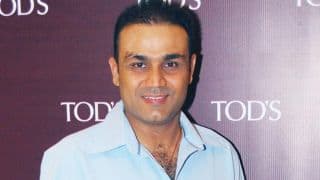