It required Suresh Raina’s brilliance for India to turn the tables against England in the recently concluded One-Day International (ODI) series. The southpaw scored fifties in each of his four hits in the middle – all coming in testing, but different situations. It required Suresh Raina’s brilliance for India to turn the tables against England in the recently concluded One-Day International (ODI) series. The southpaw scored fifties in each of his four hits in the middle – all coming in testing, but different situations. This performance has propelled him into the top ten of the International Cricket Council’s (ICC) rankings for ODI batsmen – a feat that is truly well deserved. The milestone is a result of months of consistency and discipline as Raina continues to grow in stature as a one-day batsman.

When one looks at Raina’s performance in the One-Day International (ODI) series against England, one would be impressed, but if one looks at his track record since the tri-series game against Sri Lanka at Hobart in February 2012 – one would be amazed by the strength of his numbers. Here are his statistics since that game:

Raina has recorded a number of unbeaten knocks and some of them helped India cross the finish line in run-chases. What is astonishing is that he has only two scores in the single digits in this table and that shows how consistent he has been. What this run has done is that it has boosted Raina’s ODI average by more than three notches.

Here is the table:

While Raina’s track record in the last 11 months has been stupendous, a pertinent fact is that majority of those innings have come in the sub-continent. He has built a reputation of being a good one-day finisher, but is yet to strike consistency outside Asia. His shortcomings against the rising delivery have deterred his progress there and he is yet to make a big impression in ODIs in Australia, West Indies and South Africa. Here is his ODI record outside Asia:

Raina has done well on tours to England and New Zealand and has scored a fifty each on those sojourns. However, there isn’t much to talk about his record in Australia, West Indies, South Africa and even Zimbabwe. There have been a few cameos, but the record has been spoilt by a few low scores. An argument in his favour would be the fact that he comes lower down the order. However, that may not be a very strong statement as he has done well in similar situations in Asia.

With age on his side, Raina has time to correct this anomaly and make an impact the next time he travels overseas. He is blessed with the gift of timing and is immensely talented. It is only that weakness against the short delivery that has got the better of him. He needs to iron out that flaw to be more successful in ODIs. That would also help him push for a Test spot – one that has been shaky since his debut.

Sourav Ganguly – another southpaw – had a tough time against the short ball, but he learnt to deal with it and carved out a very successful career in both the formats. Raina needn’t look anywhere else for inspiration. 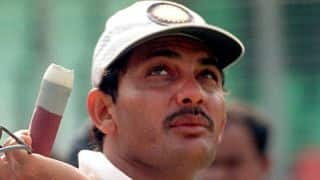