Competition was stiff, with more than 150 Expressions of Interest (EOI) received from around the world and a shortlist of heavy hitters to consider, but after rigorous discussions and engagement with each of the potential owners, we are certain that our final eight owners have the perfect combination of strategic insight and passion needed to make the first T20 Global League a complete success, said CSA President, Chris Nenzani.

CSA Chief Executive Haroon Lorgat said on the occasion, We are thrilled by the international mix of owners and the passion and excitement that was clearly demonstrated during the bidding process by them and the marquee players. It sets up our #T20GL as fans favourite in the cricketing calendar.

Let us have a look at the franchise owners and their marquee players.

The Cape Town franchise is owned by Shahrukh Khan s Red Chillies Entertainment, and will be based at the Newlands. The Bollywood superstar also owns teams in IPL (Kolkata Knight Riders) and CPL (Trinbago Knight Riders) along with businessman Jay Mehta. This is his third T20 franchise around the world, which is an indicator of his deep involvement in the sport. JP Duminy has been named Cape Town franchise s marquee player and, in all likelihood, he will captain the team in the inaugural edition.

The GMR group has bought the Johannesburg franchise in T20GL, and it will be based at the Wanderers. Its wing GMR Sports also owns the Delhi Daredevils (DD) franchise in the IPL, which it sees as a serious and dedicated venture, representing a broad-based opportunity spectrum. GMR group is involved in several infrastructure projects in India and operates the airports in Delhi and Hyderabad besides several Highway projects. The Group also has a global presence with infrastructure operating assets and projects in several countries including Nepal, Turkey, South Africa, Indonesia, Singapore, the Maldives and the Philippines. South African speedster Kagiso Rabada, who also represents GMR s DD franchise in IPL, has been named the marquee player of the team.

The franchise is owned by Fawad Rana, a true lover of cricket and MD of Qatar Lubricants Company Limited (QALCO). Rana is also the owner of Lahore Qalandars, the second-most expensive franchise of the PSL. Rana is deeply involved with the sport and has worked extensively at the grass-root level to identify and promote talent in Pakistan cricket. He organised a large-scale talent hunt program in the largest province of Pakistan, that is, Punjab in association with the BBL franchise Sydney Thunder. Hashim Amla has been named as the marquee player of his Durban franchise, which will have Kingsmead as its base.

Another Pakistani entrepreneur, Javed Afridi was unveiled as the owner of Benoni franchise in T20GL. Afridi, the CEO of Haier Pakistan, is also owner of a PSL franchise Peshawar Zalmi and has sponsored many cricket tournaments in the country as well as outside involving the Pakistan cricket team. A passionate follower of the sport and a philanthropist, Afridi played a critical role in PSL 2 final being successfully conducted in Lahore. He considers Peshawar and Khyber Pakhtunkhwa region in Pakistan close to his heart, and wants to develop the infrastructure around the game in his homeland. Quinton de Kock has been announced as the marquee player of the franchise, which will be based at Willowmoore Park.

The Pretoria franchise was acquired by South African businessman Osman Osman, who is the co-owner of Blu Blood, a Cape Town-based leading live-event management company of South Africa. Osman runs Blu Blood with his wife Shaaista. National team s limited-overs skipper AB de Villiers has been named the marquee player of his franchise, which will have SuperSport Park, Centurion, as its home ground.

Very excited to be representing the city of Pretoria in the T20 Global League later in the year! #T20GL

The Stellenbosch franchise is being owned by South African businessman Mustaq Brey, CEO of Brimstone Investment Corporation Limited. His company is a black controlled and managed investment company incorporated and domiciled in South Africa, and employs approximately 3,400 employees in its subsidiaries and in excess of 24,000 in its associates. This is his first foray into the world of sports. South Africa s Test skipper Faf du Plessis has been unveiled as marquee player of the franchise, which will have Boland Park, Paarl, as its base.

Sushil Kumar is also an avid cricket enthusiast. The Hong Kong-based businessman of Indian origin already co-owns a cricket franchise in Hong Kong T20 Blitz City Kaitak. His T20GL franchise will have Mangaung Oval as its base and David Miller as the marquee player. Interestingly, Sushil has never visited the South African city of Bloemfontein till date.

Ajay Sethi is not a new name in international cricketing circles. The Dubai-based Chandigarh-born businessman, who owns Channel 2 Group Corporation, Sethi also has a CPL franchise (St Lucia Zouks). He has been in the cricket business for a long time, and his radio channel is the global audio partner of the ICC, having audio rights for all ICC events until 2023. He has, in the past, reiterated his desire to own an IPL team. For now, Sethi is the proud owner of Port Elizabeth franchise, with Imran Tahir as his marquee player. Besides cricket, he also has interest in other sports and also owns tennis franchise Singapore Slammers in International Premier Tennis League (IPTL). 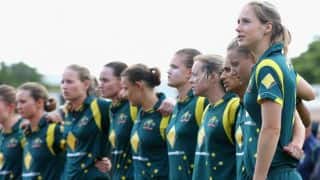