Shruti Chopra dwells into her tarot cards to see what lies ahead in the New Zealand vs Pakistan ICC T20 World Cup game on Sunday. Shruti Chopra dwells into her tarot cards to see what lies ahead in the New Zealand vs Pakistan ICC T20 World Cup game on Sunday.

An odd combination of the Magician and the Five of Cups has been revealed. On one hand New Zealand will appear in control and do their job to perfection, yet on the other hand they will feel disappointed of not fulfilling all their responsibilities. This can only mean that despite having all the opportunities, they will falter. Recovery is the key, and for that Ten of Swords shows extreme hard work and balance will be required. The opposition will not be easy to beat and for that they will need to work harder in the field and be wary of giving away too many easy runs.

Captaincy and batting will both be strong points for Ross Taylor. The Temperance and Six of Wands shows him to be finely balanced between mental strength, controlled aggressive action and playing an instinctive game. As expected the team will support him well.

Brendon McCullum will have the ability to shift gears at will. Like the Emperor and Ace of Cups he will controlled and highly effective.

Martin Guptill will not be the most comfortable, but with the Chariot appearing, he will pick himself up and take on the challenge.

Jacob Oram will start off well and be economical, but unfortunately he will lose way. He should remain focused, as the Nine of Swords warns of elementary mistakes troubling him.

Tim Southee is aggressive, but he channelises this with the traits of a Hermit – wise and in control.

Kyle Mills is another bowler who will get caught up in basic mistakes despite having some very strong moments. He will pick up wickets and have a good start, but again, he too will need to maintain focus and momentum.

Pakistan are represented by the Fool card – too carefree and very open to taking risks without thinking of its consequences. They have the Chariot strongly supporting their endeavour and have positive chances of making things work for themselves, but they will need to be very careful of charging ahead mindlessly. The Hermit does advise them to slow down and change their tactics to see a successful outcome, which is certainly possible. They will need to stick to their bowling plans as they will have the tendency to lose way.

The Justice and Queen of Wands show captain Mohammad Hafeez wanting to strive for better balance in the team. He will implement some clever plans and be supported well by a few players he trusts the most. His batting will show promise and positivity, but he will not be able to capitalise on this start.

Kamran Akmal will have a strong start and like the Six of Pentacles will accumulate runs at a steady pace. Unfortunately his innings will end prematurely.

Saeed Ajmal will majorly be in control and successful, but with the Five of Cups appearing, he will not be entirely happy with his performance. There will be some basic mistakes which will bother him.

Shahid Afridi has a day of hard work and struggles ahead. He will pick himself up and like the Ace of Pentacles will find that his risks will pay off.

Imran Nazir will be involved in a good partnership. A promising day for him to capitalise on.

Umar Gul will bring about some quick results, but it won’t be long before the opposition will trouble him. The Nine of Wands shows his anxiousness troubling his bowling. 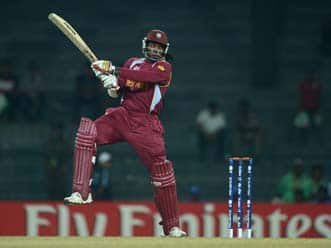