India's decision to settle for the draw at Dominica has drawn a lot of criticism.

“Defensive”, “Afraid to take risks”, “Lacking a winning attitude”… These are just some of the accusations leveled against Mahendra Singh Dhoni and his men after the third India–West Indies Test at Dominica. The Indians settled for a draw when they needed 86 run off the last 15 overs to register a 2-0 series win. As the world goes around questioning India’s No 1 status by saying that champions play for a win and using all sorts of catchy phrases, it fails to consider Team India’s take on the scenario.

Fletcher has a point there as even after Murali Vijay and Rahul Dravid got their eye in, scoring runs wasn’t the easiest thing in the world. They were struggling to keep up with the pace as their strike rates indicate. Vijay scored at a strike rate of 57.69 and Dravid at 38.20. This is their final strike rate even after they tried to push the tempo in the latter part of their knocks. It just shows that there was something in the wicket that made batting difficult.

People already tagging India as defensive must open their eyes and heed to the fact that the team showed intent in their chase. Things didn’t go their way when they lost Abhinav Mukund off the very first ball. As a result Vijay and Dravid had to consolidate and after they saw off the new ball one could see that they were trying to accelerate. The boundaries weren’t easy to come by and they tried to rotate the strike by taking singles.

The second sign of intent was promoting Suresh Raina up the order to No 4. This was a clear sign that India were trying to win the match as they sent one of their hard-hitting players out in the middle. Raina, too, found it difficult to get going as he scored just eight off 18 deliveries without a single hit to the fence.

It is said that while examining any result, one has to see the intent and the work put in. The Indians certainly wanted to win the game, but once Raina got out, it would have been even more difficult to force a favorable result. VVS Laxman came in to bat at NO 5 with Dravid set in the middle. However, one must remember that Dravid wasn’t able to score runs at a good rate, despite getting his eye in, and Laxman had just walked in and would have needed time to get set before playing his natural game. In the first innings Laxman wasn’t at his fluent best and to expect him to come and score at almost a run a ball is a tough ask and that too on a fifth day surface.

Virat Kohli and Dhoni were the only recognized batsmen left after Laxman. Kohli was going through the horrors in his debut series and Dhoni regained his touch only in the first innings. Had West Indies picked up a wicket or two in quick succession, India would have been battling for survival. This is one fact critics failed to see. The batsmen to come in weren’t in the best of form and India’s two best batsmen of the series who were in the middle, were struggling to score runs on the Dominica surface. Thus, to push for a win in these circumstances would have been very risky. The better option was to agree to a draw and have the series in the bag and that is what India chose to do.

Public opinion is such that it can be erased and re-written almost anytime. Critics have forgotten how India won some thrilling Test matches since becoming No 1. Memories of the wins at Kolkata, Colombo, Mohali and Durban seem to have been erased by the latest result. On those four occasions, Team India showed immense character to secure wins. Those wins showed that this is a champion side and has the killer instinct for victory. It is too premature to label India as defensive on the basis of just one Test match. The defensive approach had to be taken because they were playing a weakened batting line-up, a factor dealt with in the next paragraph.

Lastly, one must remember that India were without Gautam Gambhir, Virender Sehwag and Sachin Tendulkar. If anybody could help India really push hard towards victory, it would have been the three of them. Against England at Chennai in 2008, when India chased down 380 plus for a win, Gambhir, Sehwag and Tendulkar were the ones who scored majority of the runs. Yuvraj Singh also contributed with the bat on that occasion as India pulled off a famous win. Yuvraj, too, was also missing in action at Dominica. India, thus, were without three of their vital cogs who played invaluable roles in helping them to the top spot in the Test rankings.

The debate regarding India’s decision to accept a draw would rage on for a few days and would be a talking point even when they will face England a few days from now at Lord’s. With the world passing judgments on Team India, it would have been unfair to ignore their part of the story. Guilty or not guilty is a matter of opinion! Ind-Pak bilateral series to be discussed next month: Rajeev Shukla 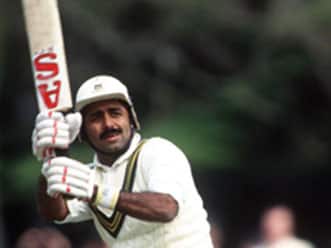