Back in 1963, limited-overs cricket was still in its nascent stages, and the crowd had still not opened up to the concept. In the Gillette Cup match at Tunbridge Wells on May 22, 1963, Peter Richardson threatened to take the match away from Sussex, leading Ted Dexter to place his men innovatively. The crowd, having never seen anything of the kind before, booed Dexter. Abhishek Mukherjee looks back at strange goings-on at Nevill Ground.

Cricket took a radical change in the early 1960s. It had to. When Denis Compton and Bill Edrich had their magical season of 1947, as many as 2.2 million people had paid to watch County Championship matches. By 1961 the count had dropped by a whopping 55%. The next two years saw a dip by another 25%. Things were looking rather ominous.

About a century back, in 1873, MCC had come up with the idea of a ‘Cup competition.’ “The matches will be arranged by lot, and the ties drawn by the Committee of the MCC, as soon as possible after the acceptances are received. The winner of the final tie for three years successively shall hold the cup in perpetuity. The name of the winning county, with the date of the match, shall be engraved on the cup at the cost of the MCC.”

Six counties had accepted this, but for some reason the tournament did not materialise after the first match between Kent and Sussex at Lord’s. It took 90 years for them to finally come up with the second version — one that went by the impressive name The First-Class Counties Knock-out competition for The Gillette Cup. Thankfully, it was reduced to Gillette Cup from 1964, the second season.

However, unlike First-Class matches, these were “one-innings, limited overs” matches. Teams were allowed to bat for 65 overs an innings, and a bowler could bowl 15 overs. There were 17 counties, which meant that there had to be a solitary preliminary match before the round of 16.

The preliminary match between Lancashire and Leicestershire at Old Trafford on May 1, 1963 was the first List A match. Peter Marner scored the first hundred; Brian Statham took the first five-for; and Lancashire won the match.

The second round, consisting of 8 matches and 16 counties, started on May 22. Kent hosted Sussex at Tunbridge Wells. Colin Cowdrey put the tourists in, and Alan Brown reduced Sussex to 27 for 2.

Dexter walked out himself to join Ken Suttle. The pair put on a round 100 before Dexter fell for 45. Suttle carved out a masterful 104 with 16 fours and a six, and Jim Parks lit up Tunbridge Wells with his 59. With the lower middle-order also contributing, Sussex reached 314 for 7.

Had the match been played today, Cowdrey’s field placements would have been questioned. He kept slips and a gully throughout the Sussex innings. He got Derek Underwood to attack the batsmen; Underwood returned abysmal figures of 11-0-87-0 — numbers far from “Deadly.”

Kent’s response was ordinary: Brian Luckhurst and Stuart Leary fell soon, and Kent were 19 for 2 when Cowdrey joined Peter Richardson. The pair added 80, with Richardson dominating proceedings and Cowdrey playing the foil. Then it happened.

With Richardson looking more and more threatening (and not looking anywhere near to getting out), Dexter decided to change his approach. He later wrote: “It was not my intention to get him [Richardson] out. I set the field back, allowed him to take a single, then bowled tight to the other batsmen.”

It was the ideal thing to do. It would not have been an exaggeration to call it a stroke of genius, for barring Richardson nobody looked threatening enough. However, the crowd could not relate to Dexter’s acumen. They had never seen anything like this.

They booed Dexter for his strategy. In other words, they booed a captain for setting a defensive field and restricting boundaries when an opposing batsman looked dangerous. However, ‘Lord’ had his own opinion: “Everyone thought it was a rotten thing to do, but there it was. I had shown people what they could be let in for!”

As a result Richardson was restricted to 14 boundaries, which amounted to 56 in an innings of 127 (compare this to Suttle’s tally of boundaries — 70 out of 104). Cowdrey (31) put up some fight, but things looked bleak at 195 for 8. Underwood hit out towards the end, but Kent eventually succumbed to 242 and were knocked out.

– Sussex won the inaugural Gillette Cup: they beat Yorkshire by 22 runs in the quarter-final, Northamptonshire by 105 runs in the semi-final, and Worcestershire by 14 runs in the final.

– Underwood finished with an average of 22.93 and an economy rate of 3.44 in One-Day Internationals (ODIs).

Man of the Match: Peter Richardson. 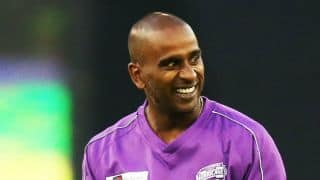 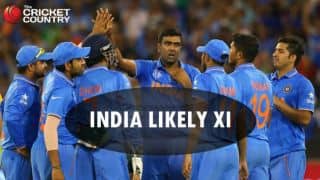