That's the way, Mahi way ... the rise and rise of Mahendra Singh Dhoni

That's the way, Mahi way ... the rise and rise of Mahendra Singh Dhoni

Ms Dhoni takes 30 steps at a time to find alongside the pantheon of greats.

There are numerous instances of hugely-talented cricketers not getting the chance to play for the country. Sunil Gavaskar mentioned Padmakar Shivalkar and Rajinder Goel in his book “Idols” that the two left-arm spinners were extremely unfortunate to miss the honour of wearing the India cap.

More recently, we have seen batsmen like Aakash Chopra, Mohammad Kaif, Subramaniam Badrinath not getting enough opportunities to cement their places in an Indian team studded with legendary names.

In sharp contrast, “Lady Luck” has been very kind to Mahendra Singh Dhoni. By the year 2000-2001, Nayan Monga – India s regular wicket-keeper – had started showing signs of wearing out. In fact, there was also a question mark over his ability to accelerate the innings in ODIs. Mumbai’s Samir Dighe was the second choice ‘keeper then. But age was not on his side – he was past 30 and it was quite clear that he wasn’t going to be around for a long time.

Dhoni was about 20 years old then. Players have made a mark at that age, but Dhoni was nowhere then in the reckoning.

The wicket-keeping gloves were now donned by Bengal s Deep Dasgupta. He made an immediate impression. In a Test match against England, Dasgupta opened the innings and scored a hundred. But that wasn t going to last too long. His ‘keeping skills were soon questioned and within a few matches he was out as well.

The selectors then opted for another 20-year old Ajay Ratra, who immediately made his mark. He was good behind the stumps and scored a century in the West Indies. He looked a guy who would go a long way with that kind of showing.

But on the following tour (to England), Ratra got injured paving the way for 17-year old Parthiv Patel to make his Test debut. He impressed with his ‘keeping and scored a timely 19 not out to make sure India didn’t lose the Test.

But as luck would have it, Parthiv had a horrible series in New Zealand. Shane Bond and Daryl Tuffey had made life miserable for the Indian batsmen. Parthiv was no exception. He was shoddy behind the stumps as well in the home series against Australia. His confidence nosedived and that showed in his ‘keeping as well. Experts said that he was very young and should iron out his flaws.

Out went Parthiv. Meanwhile, the Indian think-tank made Rahul Dravid keep wickets in the ODIs with the excuse that only 15% of the deliveries in ODIs reach the ‘keeper. They had a point. And Dravid did the job he was entrusted with till the World Cup.

It was now the turn of young Dinesh Karthik, who had everything in him to make it big as a ‘keeper. He was agile and his technique was good behind as well as in front of the stumps. Some believed that he had it in him to be in the team as a pure batsman. But it wasn’t too long before the Indian selectors decided to make way for someone else.

All this while, Dhoni was slowly making his mark at whatever level of cricket he was playing – nothing out of the world, but surely consistent.

Then came the India-A tour of Kenya. That team, too, had two wicket-keepers – Naman Ojha and Mahendra Singh Dhoni. Ojha was the first choice ‘keeper. Dhoni got his chance only when Ojha was injured. Dhoni pouched the opportunity with both hands! He scored back-to-back hundreds to create a big splash.

India s next assignment was against Bangladesh where he did a decent job to be picked to play in the series against Pakistan. And what a hundred he got against the Pakistan bowlers! He was good behind the wickets and in front to impress the captain and coach with his work ethics.

The rest as they say is history. He has gone on from strength to strength – as a batsman, as a wicket-keeper and as a captain. He has done everything that a captain could dream of: win the T20 World Cup, win the ODI World Cup and made India the #1 team Test cricket.

Dhoni s career could have looked lot different had any of the ‘keepers that followed Mongia in the Indian team – Samir Dighe, Deep Dasgupta, Ajay Ratra, Parthiv Patel, Dinesh Karthik and Naman Ojha took their chances and cemented their places.

To Dhoni s immense credit, he has never missed any opportunity he got. To twist a popular song from “Kal Ho Naa Ho”, “That s the way, Mahi way !”

(Shrinand Javadekar is a software engineer from California, USA. When his dreams of playing alongside Sachin Tendulkar failed, he set his sights on becoming the next Harsha Bhogle. “Shri” produces a cricket show called “Cricket On Air” in America. It s a show based on cricket stories – from Sunil Gavaskar s 36 not out in 60 overs to the infamous “Slapgate” involving Harbhajan Singh and S Sreesanth, “Cricket On Air” present interesting, engaging, inspiring and entertaining stories. For more, check out www.facebook.com/cricketonair)

IIFD to design dress for Mr and Mrs Dhoni 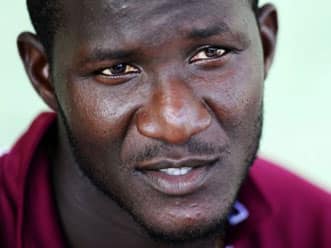