Just because one side is annihilating the other does not mean that the quality of cricket is mediocre.

You do not want the over to finish. Why are there only six balls? Can they not extend the over somehow? Let him bowl till his legs give in. He is in rhythm. Do not make us wait for another over. Worse, what if he pulls his hamstring while fielding in the deep and we never see him further in the match?

This is unfair. If the batsman can retain strike, why can t the bowler? Now you find excuses. You want more of Mohammed Shami. He is typically unavailable for the limited-overs legs of tours, and he now has the Sri Lankan batsmen in trance. You want him to take six wickets in six balls.

It is only third day. Why do you want the match to get over? Let us have two more days of cricket.

Naah, naah. Look at the ball swing. Let the match finish now. This is more exciting. Shami is on song.

Oh, dear! Why did you play across, Alastair Cook? That was plumb. This could have been your maiden triple-hundred. You are still 4,353 runs away from Sachin Tendulkar s magnificent tally of 15,921.

You now wish if he played for all five days.

You two-faced brat! You wanted the game to finish in three days. What on earth is wrong with you?

Those cuts, those pulls… Did you see them? You live for this. Five days of such strokeplay would erase all the bad memories.

(Mental conversations can be interesting.)

Michael Vaughan said that the England-West Indies series may as well be the saddest in Test cricket. Many others, mostly from different geographical locations, say that India-Sri Lanka series is utterly unnecessary. Why?

It is understandable that Cook played mind-numbingly slow at times. It is Test cricket after all: what do you expect?

Did you not enjoy the wicket that took Stuart Broad past Ian Botham s wicket tally, pushing him to the second spot on the all-time list for Englishmen? Or was Joe Root s hundred too dull for the senses?

No, cricket is not sports entertainment. Nothing is scripted beforehand. That is the beauty of it. West Indies were below par, not the quality of cricket. And you always expected them to lose against England, with the pink ball, under lights. You almost knew the outcome beforehand.

At this point, take a trip down memory lane: remember how England had lost to Bangladesh last year? England were below par, not the quality of cricket. Be honest: you did not expect Bangladesh to beat England, did you?

If anyone who would be down about it are the media. They lost two days of coverage. Now the advertisers won t pay them much. Ask us. We were short on page-views (our version of TRPs). No match for two days would mean less people on the scorecard pages. We were definitely sad about it. No denying that. That is how we earn bread. However, at no moment did we most probably the cricket purists or traditionalists regret it. We got top-drawer cricket.

India versus Sri Lanka unfolded the same way. India won. Dhawan smashed the Sri Lankans to pulp. Virat Kohli continued with one encore after another. He does not seem to stop. India won. Shikhar smashed Sri Lanka to non-existence.

This lacks entertainment, I agree. Let me, however, ask a question here: would you prefer one-sided contests over the one that sees both sides dropping easy catches? The quality of cricket is questioned right away once that happens. This attracts you more, but you complain nonetheless.

Do you want to see Kohli leave the ones pitched on off-stump? That is poor cricket. Do you want to see James Anderson bowl wides? That is uncharacteristic. One may attribute the wins to uneven contests against ordinary sides. If that is true, ask yourself: is it not the strength of India or England, the outstanding cricket they play, a contributing factor to the one-sidedness of the matches? Doesn t that mean you are getting to see cricket of excellent quality?

There is a certain beauty to one-sided contests. We often overlook it for the side displaying poor cricket.

And I have not even mentioned the added charm of the statistical milestones. 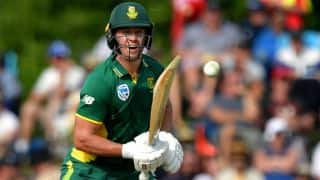 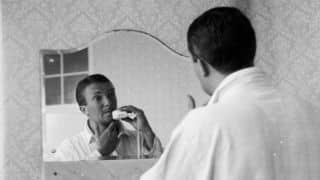