When we come to the C s we find a crowd of commendable batsmen, a clutch of quality bowlers and at least a couple of charismatic all-rounders.

Alphabetical All Time XIs are great fun. Composing one from the cricketers with their last names starting with C, Arunabha Sengupta finds it loaded with quality batsmen, some fiery pacemen and one great spinner.

The A s were astounding, the B s brilliant.

When we come to the C s we find a crowd of commendable batsmen, a clutch of quality bowlers and at least a couple of charismatic all-rounders.

The batting is a cornucopia of riches. And as always this places us in a dilemma.

Alastair Cook definitely fills the position of one opening batsman. However, after that it gets complicated.

We have plenty of other batsmen vying for positions in the side.

As for a regular opener to partner Cook, we can only consider Herbie Collins. After that, Joey Carew is the only other regular opener with relatively decent numbers, alongside perhaps Nari Contractor and Chetan Chauhan.

However, we do feel that it would be harsh to drop some of those names mentioned above to accommodate an extra opener.

Ever the gentleman, Cowdrey obligingly tries to come to the rescue. This elegant batsman played 38 Test innings as an opener and scored 1,527 runs at 42.41 with 5 hundreds. It is a small fraction of the total runs he scored in his entire career, but the numbers are good enough to be considered at the top of the order.

Especially since the numbers of Collins were bloated by his performances against a weak South Africa. When he faced England, that too a Great-War-ravaged England, his average came down to 38.

Hence, the decision is to go with Cook and Cowdrey as openers.

The batsmen to follow read like a roll call of greatness: Greg Chappell, Denis Compton and Shivnarine Chanderpaul.

Men like Michael Clarke, Dinesh Chandimal, Darryl Cullinan, Jeremy Coney, Hansie Cronje and Ian Chappell have to make way for the better batsmen. A very, very difficult decision was to leave out Martin Crowe. But, as I mentioned, the middle order is cluttered.

Coming down the order, we are spoilt for choice with all-rounders. The names under consideration happen to be Chris Cairns and Learie Constantine.

Of these two Cairns was a genuine all-rounder, classy with both bat and ball. He is a shoo-in.

Constantine was more of a bowling all-rounder whose greatest feats were not really in Test cricket. An average of 19 with the bat and 30 with the ball forces him out, although his stature in the history of West Indian cricket as well as Lancashire League is indisputable.

However, with his all-round skills and superb fielding, Constantine is the ideal choice for the twelfth man. We chose not to have both all-rounders in the team as there are quite a few bowlers to look at.

Brian Close just did not have the record in Test cricket to be considered, although he was one of the greatest in the First-Class scene. But he is a great man to have as a manager.

When it comes to the bowling, we do have a clutch of superb operators.

The two men who select themselves without much debate are Colin Croft and Bhagwat Chandrasekhar: the most fearsome quick bowler and the most difficult of leg-spinners.

The other two positions are rather contested. There is a number of very good fast-medium bowlers to choose from: Andy Caddick, Dominic Cork, old man Lance Cairns, Richard Collinge, Sylvester Clarke and Ewen Chatfield. There is also Nobby Clark to consider.

However, after deepest thought and analysis, I decided to go with the Australian pace duo separated by some 100 years: Tibby Cotter and Stuart Clark, the scourge of the English batsmen in their respective eras.

Another fantastic prospect misses out because of very limited Test match appearance caused by the intervening World War the Kiwi pacer Jack Cowie.

Croft, Cotter, Cairns and Clark make a rather formidable pace attack. And with the leg-breaks of Chandra to follow, supported by Compton if need for an extra spinner ever arose, it seems a balanced attack.

As for the wicketkeeper, the choice comes down to Hanson Carter. A close contender was South African Jock Cameron (as well as Chandimal), but Carter s longevity and his versatility tilted the scales in his favour. 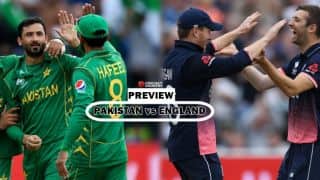 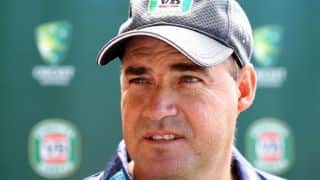