Yasir Shah has 86 wickets to his name in 13 Test matches, and has been often regarded as the best leg-spinner after Shane Warne

Leg-spinners are very hard to find, and finding a good one is a tougher task. For Pakistan, they achieved the herculean task when they introduced Yasir Shah into international cricket. He made his One-Day International (ODI) and T20 International (T20I) debut as early as 2011, but had to wait three more years before making his Test debut. Well, it is safe to say, he has been extremely successful in the longest format of the game, with an astonishing 86 wickets in 13 Tests. His talent in the 5-day format has seen him getting compared to the legendary Shane Warne. Warne is arguably the greatest spinner ever, and undoubtedly, the best leg-spinner to have graced the game. During his playing days, he left many batsmen bamboozled with his bowling and dominated them. Since his retirement, cricket has been looking for the next leg-spinning great, and it is safe to say, Yasir comes closest to the Australian legend. FULL CRICKET SCORECARD: Pakistan vs England 2016, 2nd Test at Old Trafford

While other players may envy someone being compared to them, Warne definitely isn’t one of them. Just like Sachin Tendulkar, who showers praises at Virat Kohli for being called the next ‘Indian great’, Warne has been always praised the talents of Shah, so much so that he happily went on to teach him a few tricks of his own.

With so much expectation on his shoulder, and comparison on the horizon, Yasir has done exceptionally well to rise over them. Currently playing against England in the four-match Test series, it seems Yasir has taken the leaf out of Warne’s books, and has been following each word of it. ALSO READ: Yasir Shah best leg-spinner since Shane Warne: Ben Stokes

His display in the first Test against England at Lord’s would have made the Australian legend proud. He took 10 wickets in the match, where there was very limited assistance for spinners. But believe it or not, it wasn’t even the highlight of his performance.

One of Yasir’s delivery would have made the spectators roll back over the years, and remember a certain Warne delivery. Bowling to Jonny Bairstow in the second innings, Yasir dismissed the batsman with a ball which turned miles. The delivery was reminiscent to the one Warne bowled to Strauss during Ashes 2005, and left the crowd stunned. ALSO READ: VIDEO: Yasir Shah does a Shane Warne to Gary Ballance

Many believe Warne was the one who brought back the ‘legacy’ of leg-spin into international cricket. It’s very tough to argue, considering the success he achieved. Well, it’s safe to say, what Warne started, Yasir is taking it forward, and has definitely earned the right to be termed as the ‘heir’ to the Australian great. 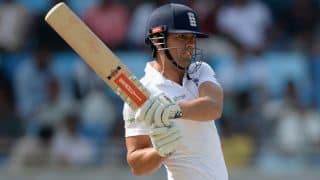 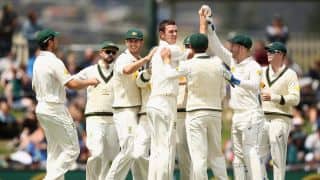