England's subcontinental sojourn produced mixed results at best, but they did just about enough to stay on top and can look forward to the home season in the next few months. 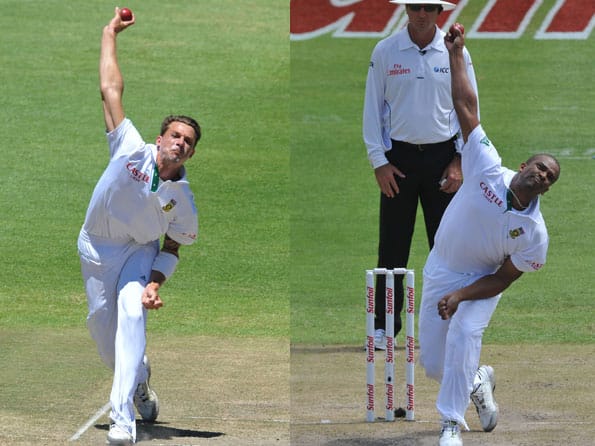 England beat Sri Lanka by eight wickets at Colombo on Saturday and took an important step towards retaining their top spot in Test cricket. With this, they have endured a tough trip to the sub continent and kept challengers South Africa at bay. Their subcontinental sojourn produced mixed results at best, but they did just about enough to stay on top and can look forward to the home season in the next few months.

England defeated India 4-0 at home last year to replace India as the new No.1 team in Test cricket. And with that, they were immediately faced with the peculiar challenges of staying at No.1. A series against England was now a big deal and teams would not take them lightly, if at all they had in the past.  A long winter in the Emirates and Sri Lanka awaited them and hand in hand, the possibility of losing their top spot all too soon.

The first test of their skills in handling subcontinental cricket was actually in an ODI series in India. And they were so overwhelmingly thrashed by India that things didn’t look encouraging for them at all. They still did not look confident against spin and this view was confirmed when they travelled to the Emirates to play Pakistan in a three-match Test series in January this year.

They lost the rubber 0-3, matching India’s overseas woes in a dubious light. Whether or not their concerns over Saeed Ajmal’s action may have been valid, their grumbling smacked of sour grapes considering that they hadn’t exactly whacked left-armer Abdul Rehman out of the park. Even a low target of 145 in the second Test proved a bridge too far as they folded for 72 runs.

They turned a corner in the ODI series that followed, brushing Pakistan comfortably.   Considering their misery against the spinners in the longer version, that was a surprise result and must have lifted their hopes.

If it did, there was not much early evidence of it in the first Test against Sri Lanka at Galle in March. Tellingly, the rock-solid English top order went missing as England failed to mount even 200 in the first innings. The silver lining was a fighting century by Jonathan Trott in the second innings and a strong display by the bowling unit in both innings.

The bowlers once again contained Sri Lanka in the second Test, who missed out heavily on a good batting surface. And at long last, the much-vaunted English batting line-up rose to the challenge. Andrew Strauss and Alaistar Cook reverted to their rock solid, if phlegmatic, selves, while Kevin Pietersen struck an aggressive 150 to amass a massive first innings lead for England. From thereon, only one team had any chance of winning the match and England only had to chase a small target to complete the formalities on Saturday.

It helped, of course, that the Sri Lankan bowling lacked the penetration of their Pakistani counterparts.  Rangana Herath deceived the English batsmen with flight and guile at Galle, but they sorted him out at Colombo. The Sri Lankan batting line-up was let down by the poor form of Tilakaratne Dilshan and Kumar Sangakarra and there was too much on skipper Mahela Jayawardene’s plate. Nevertheless, England will take it and, thanks to inconsistent performances in their home season, South Africa could not surpass them during this period.

And come July 2012, the champions will take on the challengers in a battle royale. South Africa will visit English shores for a three-match Test series.  And if the way previous series between the two teams have gone is any indication, it should be a cracking series and not the dampener that the Pataudi Trophy proved to be. It will also be crucial to either team’s hopes of staying or grabbing the No.1 spot.