Composing one from the cricketers with their last names starting with F, CricketCountry Historian Arunabha Sengupta finds a surfeit of excellent all-rounders.

Alphabetical All-Time XIs are great fun. Composing one from the cricketers with their last names starting with F, Arunabha Sengupta finds a surfeit of excellent all-rounders.

Aubrey Faulkner, the greatest all-rounder Test cricket had seen before the Second World War, perhaps even beyond that, up until the advent of Garry Sobers. One of the path-breaking googly bowlers who could run through a side, and also averaged 40 with the bat.

Andrew Flintoff, among the hordes of Englishmen touted as the next Botham, he perhaps came closest.

Alan Fairfax, an Australian with averages of 51 with the bat and 30 with the ball.

Frank Foster, the hero of the 1911-12 Ashes, comrade-in-arms of Syd Barnes, champion left-arm pacer who could also turn a match around with his bat.

Four genuine all-rounders in the talent pool of one letter. James Franklin looks rather bits-and-pieces beside this group.

An all-rounder or two is fantastic for the balance of the team. Four may end up making it lopsided in a different way.

Will we need to leave out any of these men?

Perhaps. Because there are some genuine bowlers available to us whom we cannot ignore.

Angus Fraser, the most successful England bowler of the 1990s. Steven Finn, a prot g of Fraser, who has taken 125 Test wickets till now.

Ken Farnes, the pre-War England fast bowler who died in action, 60 wickets at 28.65 in the Tests he played. There is Damien Fleming as well. Not the best Australian bowler of his day, but good enough to fit in that great side.

And do we need to consider the mediocre figures of Chuck Fleetwood-Smith, just because he was a maverick genius? We already have two wrist-spinners in Freeman and Faulkner. But, then, Faulkner liked bowling in a group of similar bowlers.

So, let us try to look at the batting. Faulkner and Fairfax are genuine middle-order batsmen. Flintoff is a great man to have at No. 6. Foster could come in wherever fancy suggested itself while captaining Warwickshire, and on that Ashes tour of 1911-12 had a fifty apiece batting at Nos. 5, 6 and 7.

Can we use all these resources and go in with fewer than usual batsmen to accommodate all the bowlers and all-rounders?

What are our options?

Of course, Andy Flower is the first name to consider. One of the greatest batsmen of his day. One cannot dream of making a team without him. And guess what? He is an all-rounder as well, donning the big gloves when his job with the bat is done.

At the top? Roy Fredericks with his belligerent left-handed game.

At the other end? Jack Fingleton? Umm, okay, but only if he shuts up about Bradman. If he mentions Don even once, Graeme Foxy Fowler bounds into the side. Or Grant Flower. I don t care. I am just fed up to the back teeth with the nasty things about Bradman that Fingleton specialised in spewing.

We can ignore CB Fry. Versatile sportsman, legendary Sussex hero, but not that impressive in Test cricket. But we do have Stephen Fleming, and then Keith Fletcher. Two men with records just about good, acknowledged to be technically equipped as top-class batsmen.

There was Tip Foster as well, but all his fantastic average boiled down to that single innings of 287.

On second thoughts, if we have to leave out one all-rounder, it has to be Fairfax: two years and 10 Tests, that is perhaps prone to being swayed by outliers.

Yes, it was a close call between Farnes and Fraser, but the latter had a longer career and proved himself consistently.

And as manager we have the one and only Percy Fender. 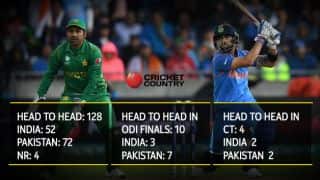