The game should reward ethical and gentlemanly behaviour, but a batsman 'walking’ should not be encouraged as a character building exercise. 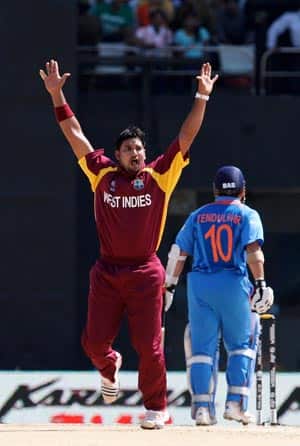 There’s this huge debate about whether batsmen should walk or not, and contrasting flavours of practicality and ethics are tossed around in conversational cocktail-shakers, where they refuse to blend into an acceptable solution.

A batsman’s walking, or refusal thereof, is often appended to discussions on his character, and his stature in the ‘Gentleman’s Game’ is thence cast in stone, as an invisible footnote to his record.

So, should a batsman walk? I think it’s a damn good idea. Walking is a good thing and should be encouraged by coaches… especially if done at a brisk pace in the early mornings and late evenings. It tones the leg muscles, improves bone density, and is also known to improve the shape and tonality of the gluteus maximus!

However, in the context of a live game, with a batsman at the crease, ‘walking’ is just a load of bovine gluteal matter. Why on earth should a batsman walk because he feels he’s nicked the ball? Or, because the fielding team believes so? I mean, what are umpires there for? If the power of adjudication is taken away by self-righteous batsmen, and bowlers follow suit and ‘no-ball’ themselves when they think they’ve overstepped, why do we need the judges in white coats? As it is, with technology slowing down replays to a hundredth of a frame, they’re being made to look inept – often unfairly. And with batsmen walking whenever they wish, they’ll be left to look as silly as the priest turning up to solemnise the wedding and discovering that the couple have said the words themselves and departed, leaving him with cake on the face.

Coming back to the lads that hurl the cherry, why is the bowler reprimanded – often fined – when he traps a batsman plumb in front and celebrates? He is expected to appeal to the umpire, even if it is blatantly out, and celebrate only after judicial concurrence of the dismissal. This means he can’t decide on a dismissal…only the umpire can! So why should a batsman alone be allowed the undeserved luxury of a halo because they decide they’re out.

In fact, very often, batsmen who feel they nicked it may not have done so; there have been instances of players being afflicted with a ‘phantom twitch’ and walking, only for the slow-motion replays to show the yawning gap between ball and bat. These are often genuine mistakes, but we should let the umpire make it.

Coming back to the ‘Gilchrist Phenomenon’, the mind goes back to him walking off in the match against Bangladesh in 2005 when a baffled Ricky Ponting  and umpire Jeremy Lloyds watched the big screen replay showing a gap of at least six inches between bat and ball, giving lie to Gilly’s assertion that he’d nicked it.

Ponting was quoted as saying he was of a mind to recall him, but didn’t wish to interfere in a ‘personal’ decision. Bollocks, I say!

This wasn’t a game being played in the Gilchrist family backyard, and ‘personal beliefs’ had no place in a representative contest between nations. An adoring press and the myriad moral cheerleaders had already anointed this as more proof of the man’s integrity and character. This is not to question his moral values, but as Shane Warne and others in the Australian domestic system have pointed out, ‘St. Gilchrist’ is not a consistent walker, and has been known to wait for the umpire when the situation is a lot tenser that it was in the Bangladesh match, or the famous World Cup semis.

The fact is that it is often a spur-of-the-moment response, and Gilchrist probably had no ulterior motive in walking. As a counterpoint, however, he’s certainly not objected to the incident being milked for all its marketing nutrients, both in building his brand persona, or in selling his book, ‘Walking to Victory.’

What the stakeholders in the game should realise is that such acts of individual decision-making should not be allowed in the game, as there is an appointed arbiter of dismissals, and this would not only erode his credibility, but also affect his decision making abilities. Again, and I hate to be saying this, the bogey of match-fixing will rear its ugly head: every time a batsman walks, there’ll be stage whispers about why he chose to do it at that particular moment, especially if replays prove he was wrong.

All said and done, I think the game should certainly reward ethical and gentlemanly behaviour, but a batsman walking should not be encouraged as a character building exercise, as it isn’t in the larger interests of the game, and can open up an entire Pandora’s Box of controversies that’ll just refuse to walk away.

(Rajesh Ramaswamy is a former fast bowler who believes he could have been the answer to India’s long prayer for an ‘express’ paceman. He regularly clocked speeds hovering in the late 80’s and occasionally let fly deliveries that touched the 90’s. Unfortunately for him, the selectors were talking ‘mph’, while he was operating in the metric lane with ‘kmph’. But he moved on from that massive disappointment which resulted from what he termed a ‘miscommunication’, and became a communications professional. After a long innings in advertising as a Creative Director, he co-founded a brand consulting firm called Contrabrand. He lives in Chennai and drives down to work in Bangalore… an arrangement that he finds less time consuming and stressful than getting from one end of Bangalore to the other)