The heartbeat of a nation: If Sachin plays well, India sleeps well

The heartbeat of a nation: If Sachin plays well, India sleeps well

Tendulkar has become an inseparable part of every Indians’ life.

I was one of the blessed Indians to have witnessed the Men in Blue lift the 2011 World Cup at the Wankhede Stadium. There was delirium when Mahendra Singh Dhoni hit that winning six.  One could feel the anticipation of the crowd; they were waiting for that one man who symbolized the dream of the World Cup, the man who brought smiles to the faces of millions of Indians for the last two decades. When he dashed out of the pavilion to celebrate with his team mates in the middle, the decibel level of the cheers in the stadium was deafening. Everybody in the crowd knew how much the World Cup victory meant to this iconic man.

Sachin Ramesh Tendulkar has become an inseparable part of every Indians’ life. Since 1989, he has walked on the cricket field carrying the hopes and aspirations of an entire nation. The country has gone through a lot of changes since the time Tendulkar started playing international cricket. There have been economic reforms, some political instability in the mid ’90s, the population explosion, etc. but through all that Tendulkar has been the constant.

India is a developing country with millions below poverty line and millions in the working class. These people toil every day at work and make long journeys back to their respective homes. Through all these struggles they all look up to Tendulkar, who gives them hope. His brilliance on the cricket field brings smiles to their faces. This happiness makes them forget their tough lives and daily struggles and gives them hope that someday life will be even more beautiful. The next day when they would travel to work in crowded trains or buses, they would discuss the knock he played with co-passengers and celebrate the success as if it was their own.

In almost every locality in India, one can see kids play “galli” cricket. Every child wants to be known as the “Sachin” of his locality. The title of “Sachin” gives them a sense of invincibility. It makes them believe that they can conquer anything; the confidence of achieving this title in “galli” cricket rubs off on their personalities as they boast in school and elsewhere that they have earned something envied by all.

For many Indians he has been the example of the perfect man. Even after touching dizzying heights, he is still humble and down to earth. Even in tough times his integrity has been unquestionable and has been exemplary in his demeanor. Despite the superstar status, he is still a family man. When questioned by critics, he always answered with the bat. When sledged on the field, he never responded; he let his bat do the talking. This made us look at him in awe and wanted to be like him. The average Indian wants to achieve all his dreams and yet be very devoted to his family. They want to strike the balance that he has done so successfully over the years. Children are taught lessons of his humility and exemplary behavior. Citing his example, they are told that there would be a thousand distractions in life, but one must know where to draw a line.

No other person can reach out to the crowds as much as Tendulkar can. When India lost miserably to Australia in their second game at the 2003 World Cup, there were people on the streets in various cities across the country venting their anger on the hoardings with the players’ faces, burning their effigies etc. A few players’ houses were attacked as well. Tendulkar made a statement on behalf of the whole team and assured the public that the team would put a much better effort in the coming games. This appealed to the people and the next day some of them turned up on the streets with banners reading “Sachin, hum tumhare saath hai” (Sachin, we are with you). In life you always need a person to calm you down when you are angry. That one person who can tell you that everything is going to be fine. Tendulkar has played that role for us on many occasions.

Whenever India is in dire straits and if Tendulkar is still at the crease, Indians say. “Purr Sachin hai na” (But, Sachin is still there). There is always that trust and belief that he will do it. The calming influence that he has on all of us is something that cannot be described in words.

Whenever he gets injured, millions are concerned as if one of their own family members is suffering. John Wright wrote in his book, Indian Summers, that the former Indian physio Andrew Leipus always said, “Whenever Sachin gets injured, the whole country gets an anatomy lesson.” The newspapers carry descriptions of his injury; the news channels show visuals to explain what the cause of worry is. On one such occasion Tendulkar’s doctor had actually come on television and explained his injury with an anatomical model. India would never forget what the tennis elbow is.

To majority Indians, he is such a big part of their lives. He has symbolized our hopes, has been the calming influence – in short, a revered idol.

The majority of India’s population still leads very tough lives. But, as a banner at a recent game said, “If Sachin plays well, India sleeps well.” That sums up the Tendulkar Effect on this huge nation. 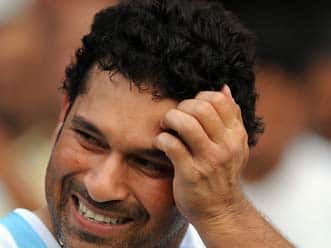 Did ODI cricket miss the opportunity to see another Sobers in Tendulkar?