Sir Garfield Sobers of West Indies and Imran Khan of Pakistan in action.

No matter how good your batting or bowling is, every team wants an individual who can contribute in more than one facet of the game. The balance that an all-rounder provides is something that every team desires and needs in all three forms of the game.

In Tests, there is no doubt that all-rounders have made teams dominant. West Indies had the likes of Sir Garfield Sobers and Sir Vivian Richards to win them Tests in 60s and 80s. However, as useful that they might be, the shorter the format, the more useful an all-rounder becomes. You don’t ‘need’ a legendary all- rounder to win you Test matches over a period of time and Australia were testimony to this. Under Steve Waugh and Ricky Ponting, the team didn’t possess a legendary all-rounder and won series after series across the globe becoming the champions that they are. Hence, their worth is a lot greater in the shorter formats of the game, i.e, the ODIs and T-20s.

In ODIs, all-rounders have made a huge difference in the balance of their teams. South Africa has always been a great ODI team because of players like Lance Klusener, Shaun Pollock and the ever dependable, Jacques Kallis.

Australia never had great all-rounders, but could do with bits and pieces all rounders such as Ian Harvey, Shane Lee, Andrew Symonds or Shane Watson. That is because they helped the team in case the bowling or batting fails completely. As a matter of fact, the team that has won a World Cup has had some amount of contribution from an all-rounder. Whether it is Mohinder Amarnath in 1983 or Imran Khan in 1992 or Andy Bichel in 2003, all-rounders have always been a key in a team’s success in the shorter formats. And the ODI game has become so high-scoring these days that a team needs huge batting depth to score big and bowling depth to reduce the number of runs conceded to the opposition.

One of the reasons why the ODI game has become high scoring is the ever increasing popularity of T20 cricket. It has taken the world by storm and lucrative cash-rich tournaments such as the IPL have become an integral part of the cricketing calendar. T20s values those players which are multi-faceted the most, rather than specialist players. This is one of the primary reasons, Kolkata Knight Riders spent US $3.2 million to pick Yusuf Pathan and Jacques Kallis in the IPL auction. In fact, out of the top three most expensive players in this year’s IPL, two of them are all-rounders, if Irfan Pathan can be considered as one. In terms of international T20s, India won the 2007 World Cup in South Africa because of Irfan’s contributions. Pakistan won in 2009, largely due to Shahid Afridi. And England won in 2010, due to the presence of players such as Tim Bresnan and Paul Collingwood. While Bresnan is a bowling all-rounder, Collingwood is a batting all-rounder.

I believe that the solution to Australia’s reoccurrence as world champions after the loss of several great players is to create and pick more all-round players. India too can be a superpower in all formats of the game if they can persist with players like Yuvraj Singh and Yusuf Pathan, who could enable India as a long standing force to reckon with. 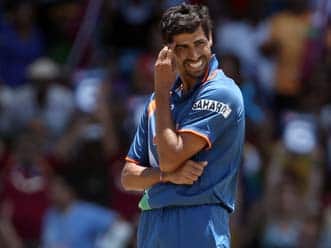 Why Ashish Nehra was shocked!