Composing one from the cricketers with their last names starting with O, CricketCountry Historian Arunabha Sengupta is constrained with limited number of candidates but there is at least one great bowler, a fantastic wicketkeeper and a very, very good batsman.

Alphabetical All-Time XIs are great fun. Composing one from the cricketers with their last names starting with O, Arunabha Sengupta is constrained with limited number of candidates but there is at least one great bowler, a fantastic wicketkeeper and a very, very good batsman.

To construct a team with O s is a rather difficult endeavour.

Of the 34 men with surnames starting with O who have played Test cricket, only 11 have more than 10 Tests under their belts.

However, we cannot conclude that it is Hobson s Choice, because some of these cricketers boast rather ordinary careers. Bangladesh s Javed Omar (40 Tests as an opening batsman averaging 22.05) and Kiwi left-arm spinner David O Sullivan (11 Tests for 18 wickets at 68 apiece) are two prime examples.

Hence, we have no choice but to go beyond the small-sample barrier and look at a few other names.

But, things are not as constrained as it may seem from reading the previous lines.

There is at least one superb player, one of the best in his trade across eras. Don Bradman called Bill O Reilly the Daddy of them all and there has hardly ever been a better leg-spinner. Perhaps only Shane Warne is comparable.

There is, in fact, another couple of Australians who are extremely good cricketers.

Norman O Neill, although he did not live up to the expectations of becoming a new Bradman (who ever did?), enjoyed a very impressive career.

As for Bert Oldfield, he was a brilliant wicketkeeper. With O Reilly in the side, he would rub his gloved hands in anticipation.

There are a few other cricketers in the pool who are very accomplished. Chris Old was a long serving and successful swing bowler for England, Pragyan Ojha one of the long line of Indian spinning stalwarts, and Jacob Oram a more than useful medium-pace-bowling all-rounder for New Zealand.

With Graham Onions and the Kiwi duo of Shayne O Connor and Iain O Brien enjoying decent careers, there seems to be plenty of medium pace options to choose a decent bowling attack, to hold fort between Old s opening salvo and the O Reilly strikes. In fact, Henry Olonga misses out, averaging in the high 30s with the ball. As do two Aussies from different eras Ron Oxenham and Kerry O Keefe.

Steve O Keefe is edged out by the presence of Ojha in the side.

I would pick O Connor over O Brien just to add the left-arm variety into the pace attack.

However, apart from O Neill and Oram there seems to be a shortage of quality batsmen with a substantial Test career.

Leo O Brien is my pick as one of the opening batsmen. He played just 5 Tests for a batting average of 26.31 in the Bradman days, but was more than decent in First-Class cricket.

As his partner, I opt for Buddy Oldfield. He played just one Test for England, batted at No. 3 and scored 80 in his first Test innings. Significantly, he walked in after William Keeton had been dismissed for a duck. So, he was quite well-equipped to open the innings, and after moving to Northamptonshire from Lancashire he played a lot as an opener. Unfortunately, the Second World War broke out after his only Test and he was 35 by the time it ended.

With O Neill and Oram in the side, there is another available spot in the middle order. I would again step into the small-sample trap and choose Tuppy Owen-Smith, the South African who played all his 5 Tests on the English tour of 1929 and was a phenomenal all-round sportsman. He captained England in rugby and was a champion light-weight boxer. In cricket, he was a brilliant fielder and averaged 42 in the 5 Tests with 129 at Headingley. In First-Class cricket, he was a successful leg-spinner as well.

The resulting team has a long tail, but it is endowed with a decent batting line-up and a competitive bowling attack. On a wicket offering turn, this team can be a real handful. 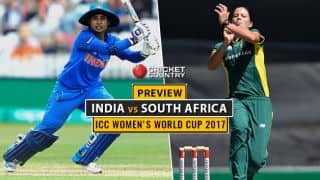