The R’s: Superb batting and versatile bowling from a problem of plenty

The R’s: Superb batting and versatile bowling from a problem of plenty

Composing one from the cricketers with their last names starting with R, CricketCountry Historian Arunabha Sengupta has to pick and choose from a number of superlative cricketers to have played the game.

Alphabetical All-Time XIs are great fun. Composing one from the cricketers with their last names starting with R, Arunabha Sengupta has to pick and choose from a number of superlative cricketers to have played the game.

When one gets to R, a common enough letter to kick-start a surname with, it does boil down to becoming a problem of plenty.

And a look at the names that follow will make it apparent that at least in the batting department so is the case with the R XI.

Of course, the first name that comes to mind is Viv Richards; or, for the ones with a historic bent of mind, an even earlier King of cricket, KS Ranjitsinhji.

There are stalwarts from across ages and geographies who follow with their worthy willows. From Jack Ryder to Joe Root, from Alan Rae to Richie Richardson, from Eric Rowan to Mark Richardson, from Vernon Ransford to Ian Redpath, from John F Reid to Ajinkya Rahane.

Among all these names, extraordinary most of them, the hint of genuine greatness lies in Root, who, at the time of writing, has already scored over four and a half thousand runs at an average touching 53. So, this prince of modern batting does go ahead and join the two kings in the middle order.

The opening slots are contested between Ian Redpath, Alan Rae, and Mark Richardson, all averaging around the mid-40s. Of them Redpath had been tested by time, with 66 Tests under his belt. Lawrence Rowe also has an exceptional record as an opening batsman, but most of his runs have come on one particular West Indian ground.

In keeping with our ongoing selection policy, we are not taking small samples seriously if there are reasonable alternatives. Hence Barry Richards cannot get in.

Hence, I will go with Redpath at one end. And I don t want to sacrifice some jewels in the middle order because of another specialist opener with non-remarkable figures. So, I would ask Wilfred Rhodes to open the batting for this side. He did so with a lot of success towards the middle of his long career, even partnering Jack Hobbs in a 300-plus collaboration. And as a left-arm spinner, Rhodes was in any case almost an automatic choice.

With room in the middle-order now, we find Ryder with the best numbers among the remaining contenders. However, his average undergoes a sharp drop if we take the weaker opposition South Africa away from consideration.

Choosing one among the remaining names is a tough task. Eric Rowan was a pillar of the South African side on both sides of the Second World War, and a mighty courageous batsman. Richie Richardson served West Indies with distinction, for quite a few years the best batsman of the side. Rahane is all class, as near to an all-weather batsman as India has ever had apart from Sachin Tendulkar. Ransford was a graceful southpaw, in his case on either side of the First World War.

I will go with Rahane, with a firm belief that his career is in the upswing and will finish with numbers equal to or greater than the impressive set he has now. At the current moment, his numbers are a shade better than the rest of the names.

While Rhodes is perched at the top as the all-rounder, we do have another major name vying for selection. John R Reid was one of the greatest New Zealand cricketers, certainly their greatest all-rounder before Richard Hadlee. He is an ideal man to have at No. 7.

The wicketkeeping slot has quite a few contenders. Jack Russell s quaint antics, Dave Richardson s assuring presence and Dinesh Ramdin s dependability all have their merits. In the end versatility of keeping to various bowlers tilts it favour of Russell, with the additional consideration that Ramdin may not be safe in a team that also contains Richards.

The bowling attack is a versatile one. We already have Rhodes and Reid. They are preceded by a fantastic new-ball pairing of Andy Roberts and Tom Richardson. One a legendary West Indian, the other an indefatigable Englishman with gypsy looks and curly black hair. They will be classy and terrifying when they work in tandem.

Perhaps a couple of years down the line Kagiso Rabada will walk into the side as well.

The final member of the eleven is the mystery spinner in the form of Sonny Ramadhin, with his mix of off-breaks and leg-breaks. That sums up an excellent balance in the bowling attack with plenty of variety.

The team bats deep and there is plenty of substance in the depth. They are also a very versatile attack with the ability to be effective on any wicket. A very good side. 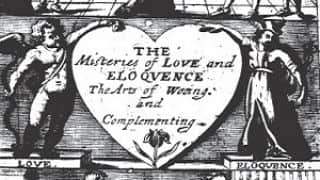 1658: First mention of a cricket ball in literature 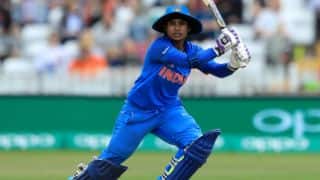