The spirit of Sachin Ramesh Tendulkar - celebration of life

The spirit of Sachin Ramesh Tendulkar - celebration of life

What is left to say about the man who owns the records for most runs in Test and One-Day International cricket, and who has played this great game for 21 years while serving as a role model of professionalism? Not much. Words are now as meaningless as someone’s grocery list.

We’ve all done it. Sometimes openly, while waiting for a friend outside a stadium or in an office corridor when we think no one’s watching, but mostly in the confines of our bedrooms or bathrooms – sometimes with frothy toothbrush in our mouths – and most always in front of mirrors. We’ve done it time and time again, watching our left elbows rise and then holding the pose fractionally, admiring the position of the hand and then, fleeting, letting our gaze drift ever so upwards to where we imagined the little red ball would have sped away.

Yes, the Tendulkar straight drive; the shot which has, for 21 years, captivated anyone who has witnessed its beauty and perfection. The shot which has got Sachin Ramesh Tendulkar thousands of runs and which leaves the bowler pursing his lips or standing, arms akimbo, shaking his head. That picture-perfect motion developed through endless hours of practice has made Tendulkar one of the greatest batsmen who ever lived.

What is left to say about the man who owns the records for most runs in Test and One-Day International cricket, and who has played this great game for 21 years while serving as a role model of professionalism? Not much. Words are now as meaningless as someone’s grocery list.

Let us celebrate the memories that Tendulkar has given us. The memories of straight drives and flicks and uppercuts and pulls; of that frustrated wave of the arm to adjust the sightscreen; of the crouch before taking guard; of the surveying of the field before he turns to the bowler; of the outstretched left hand and that boyish yelp to the non-striker as the fielder at point swoops in to cut off a single; that whoop and high-fiving jump after a direct hit from short fine leg; that dazzling smile and throwing back of the head as he celebrates a catch with team-mates; that shaking of the right wrist, kada and all, before delivering a ball; the look to the skies after crossing three figures.

Let us also celebrate the painful losses, for they add up to the endearing and indelible image of Tendulkar. Let us celebrate the heartache of losing to Pakistan in Chennai in 1999, and the shock of watching his off stump being uprooted by Shoaib Akhtar, and the numbness after Glenn McGrath’s caught and bowled.

Let us celebrate 1998, the best year of Tendulkar batting; let us celebrate 2010, the year which came closest to that; let us celebrate Old Trafford, Sydney, Perth, Johannesburg, Eden Gardens, Chennai, Cape Town, Bangalore, Bloemfontein, Headingley, Centurion, Multan, Mohali and Colombo. Let us celebrate his World Cup glory, after five failed campaigns. Let us celebrate the IPL, for it allows us the chance to watch Tendulkar in a format that tests the skills of men much younger and because it will, after he retires from international cricket, give us the privilege of watching more straight drives and flicks to leg.

Let us celebrate the dedication and determination of the man. Tendulkar is the consummate stroker of a cricket ball. But he has never taken it for granted, as a teenager sometimes waking his roommates when he was practicing his drive in the middle of the night. He has woken up his coach at 5.30 in the morning to say he was ready to get to the ground and work on his batting because something he’d felt something was amiss while practicing in the corridors till dawn.

His is a talent of which Tendulkar is very proud. And when he had that terrible season in 2006, a year in mental battles with his latest injury caused him sleepless nights and days full of frustration, he refused to buckle. He endured pain in his quest to return to international cricket after being saddled by a shoulder injury, just one in a long list of wear and tear that his body has endured. He came back, and how! Whenever critics questioned his durability, Tendulkar has responded as he knows best – with runs. Lots of runs! Let us celebrate that spirit and will to succeed.

So the next time you find yourself shadowing that Tendulkar straight drive as you enter your bedroom or skip down the steps after a long day’s work or get up to replenish your cup of tea during a break in the day’s play, stop a second and think about all that Tendulkar has given us. Hold that elbow high a few seconds longer, admire the ball’s trajectory after has sped off the middle of your imaginary bat. That moment, right there, is what connects you to a modern legend. It is an indelible mark on our psyche.

All we can say is: Thank you, Sachin! And with that, the ball crashes into the hoardings between long-off and long-on. Valthaty has made IPL-4 his own 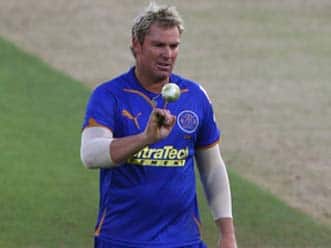