The strategy behind including Ravindra Jadeja in Lokpal Standing Committee

The strategy behind including Ravindra Jadeja in Lokpal Standing Committee

The luck and success of R. Jadeja continues to shock and surprise everyone. 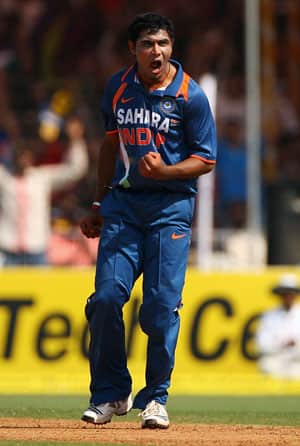 The luck and success of Ravindra Jadeja continues to shock and surprise everyone as the apparent all-rounder was picked to be on the Parliament’s Standing Committee on Lokpal Bill after being recalled to the ODI team to replace Gautam Gambhir.

Even though Jadeja is not an MP, the government announced that the left-handed genius will replace congress leader Manish Tewari, another genius, who had offered to withdraw himself from the standing committee due to his anti-Anna image.

“Jadejaji will soon be given Rajya Sabha membership from Karnataka after Vijay Mallya resigns from his seat,” informed a Parliament source, revealing the stature of Ravindra Jadeja in the public life that has been growing unfathomably ever since he appeared with a bat and ball on the cricket field.

It’s not yet clear why Mallya has decided to surrender his Rajya Sabha MP’s post in favor of Jadeja. Some believe that Mallya maybe be owing a hell lot of money to Jadeja as outstanding debt, and the liquor baron would have offered to settle the dues in shape of an MP’s post.

“You never know; maybe Jadeja is a billionaire and funds Mallya’s business,” a source speculated the secrets of Jadeja that are yet to come to the fore. In fact we have leads that suggest that Jadeja owned a substantial portion of Rajasthan Royals before he proposed to Shilpa Shetty, and was thus cheated out of the equity by Lalit Modi, the bodyguard of Bollywood actresses associated with IPL.”

However, some argue that such speculations about financial value of Jadeja were as exaggerated and absurd as his cricketing value.

“That’s a whole lot of bullshit. Mallya doesn’t owe any paisa to Jadeja. Mallya just got bored of Parliament in the last few weeks. He used to gulp down a peg of Black Dog before each session, but was depressed to find out that other MPs always appeared more drunk than himself! He failed to get a kick out of it and started doubting his own brands. Finally, he decided to quit,” a source told Faking News.

Whatever be the reason of Jadeja replacing Mallya as an MP and Manish Tewari as a member of the Standing Committee on Lokpal, sources confirm that the government was hopeful for a change in fortunes once Jadeja was on board.

“He can single handedly change the nature of the game and all the onus will be solely on him. Nobody, not even the BJP, will be able to blame Rahul Gandhi or Sonia Gandhi, if any debacle takes place on Lokpal,” a source disclosed the government’s strategy.

(Reproduced with permission from fakingnews.com )

Arthur, Whatmore in running for post of Pakistan coach