Composing one from the cricketers with their last names starting with Y, CricketCountry Historian Arunabha Sengupta finds some extraordinary cricketers from a very small pool.

Alphabetical All-Time XIs are great fun. Composing one from the cricketers with their last names starting with Y, Arunabha Sengupta finds some extraordinary cricketers from a very small pool.

Yet, there are several distinguished names among the very limited pool.

The three major names that stare at us are, predictably, from Pakistan. Younis Khan qualifies, to reiterate, because the surnames like Khan, Mohammad, Singh etc are so common that in these cases we go by the first name as written on scorecards.

Mohammad Yousuf or Yousuf Youhana, whichever way you look at it, is another major star in the line-up.

And the brightest of them all is Waqar Younis, ensuring there is at least one bowler to fear in the outfit.

There is a fourth Pakistani who may not be as well-known as these three, but was a pivotal member of the national team in one of their best eras. Saleem Yousuf is by some light years the best man to keep wickets for this side, the only other names to crouch behind the stumps being Vijay Yadav and Reece Young.

However, it is not just the Pakistanis who bring forth sheen of class to the team. There is Graham Yallop as well, with his average of 41.13 in Test cricket.

There is yet another Australian who fits into the scheme of things, the off-spinner and useful late-order batsman Bruce Yardley.

Among those who have played a substantial number of Tests, Brian Young of New Zealand is the only one to have done so as a genuine opening batsman. He averages in his early 30s, but gets in because of the distinct lack of choice.

The other opening position is not so easy to determine. Men like Saleem Yousuf, Yuvraj Singh, Norman Yardley have opened once or twice in Tests with limited success. Hence, my pick would be Yallop as the partner of Young. The Australian, who courted first infamy and then trivia value by becoming the first man to bat in a helmet, went in first on six occasions and averaged a creditable 43 as opener.

That frees up one position in the middle-order and that can be occupied by Yuvraj. Granted, his Test record is anything but extraordinary. However, he did play 40 Tests with reasonably decent numbers, and in this pool there are not many who can match that.

In the bowling department, the only man equipped with sufficient pace to partner Waqar is Umesh Yadav. His figures, once again, is not really impressive as yet. But, there is very little choice for us among fast bowlers.

Due to the lack of resources, we do have to go in with two off-break bowlers. After all, apart from Waqar and Yardley only Shivlal Yadav has more than 100 wickets in this category. An underrated bowler, he ended with an average of 35, but we must remember that he bowled in an era when spin was struggling to maintain a foothold in world cricket. In my book, he is several notches above the much-hyped Srinivas Venkataraghavan in the pantheon of Indian spinners. Left-arm spinner Brian Yuile of New Zealand was an option, but his rather ordinary haul of 34 wickets in 17 Tests at 35-plus and a reluctance to play on Sundays both go against him.

This leaves place for one more and while the choice may not be fascinating, it is simple enough. Norman Yardley played 20 Tests for England as a middle-order batsman and a medium-paced change bowler. And he did not do too badly. At No. 6, he would add balance to the side.

Not really a side to stand against some of the elevens that we have encountered in this series, but it does have its merits. 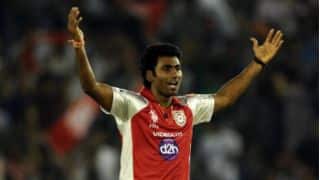