Shoaib Akhtar is like the kid in the school, who sits on the first bench and is the first person to raise his hands as he has the answers for all the questions asked by the teacher. He will be the first one to criticise.

Just over a week back, when Pakistan did the unthinkable of beating England at Lord’s, pundits termed it as one of their greatest wins. But England are a formidable force, especially at home. Did the former Pakistan cricketers expect the hosts not to fight back? They might have. England put up a clinical show in the second Test at Old Trafford to draw level in the series and the usual barrage of criticism all the way from Pakistan followed. A report from PTI quoted several big names of Pakistani cricket giving their opinions on what went wrong for the Misbah-ul-Haq-led side.

He is like the kid in the school, who sits on the first bench and is the first person to raise his hands as he has the answers for all the questions asked by the teacher. He will be the first one to criticise. Let us see what he has to say:

“One saw no planning in the entire match from a Pakistani perspective and as expected our batting has been badly exposed by the England bowlers.”

“You can say our batting has been unmasked and exposed on a pitch which had bounce and nothing more. Our batting always struggles on surfaces with bounce that is why we toil in England and Australia.”

“There was no game plan on how to bowl on the Old Trafford pitch and the line was just not right and the intent was missing throughout the England innings.”

Shoaib bhai, how many of them have experience of playing in England? The same XI men won you the first Test. A little word of encouragement or tips to the ‘buzdil kaptaan’ and his men would have been better. Isn’t it? ALSO READ: When Shoaib Akhtar bashed Yuvraj and Harbhajan inside a hotel room

“English professor” as Mohammad Yousuf calls him, is the only English Pakistani commentator on the tour right now and is doing a good job competing with ‘Bumble’ David Lloyd on the humour part. The difference being, Bumble intends to be funny and Rameez does not. Anyways, let us see what he has to say.

“Our biggest problem is that our players just don’t adapt quickly enough to different conditions. And the problem of consistency remains as usual. England just came better prepared this time. At Lord’s the conditions suited Pakistan because of the low bounce. At Old Trafford they made sure there was plenty of bounce in the surface.”

Yes, Pakistan did not bat well and they could have applied themselves better. The ‘biggest problem’ that Rameez states is not a problem with only Pakistani cricketers, who have been forced to adjust to the UAE conditions, which they have been calling ‘home’ for years.

In Lord’s, it was not just the conditions. Technically, it suited the English even better. It is time you start giving your boys their due credit. Good to see that you have adjusted in the elite Sky commentary box or have you? READ MORE: Rameez Raja’s nine hilarious commentary moments

At least when it comes to bashing the side when they lose matches, Yousuf and Rameez find themselves in the same camp. Yousuf’s wisdom cannot be doubted, at least with the beard (disagreeing with Rameez here), he looks and sounds serious. The logic comes later. Yousuf said:

“I expected players of the calibre of Younis Khan and Asad Shafiq to get hundreds here. The pitch was good for batting. I just cannot fathom what Younis is trying to do batting the way he is.”

At least, he has great expectations! How about a comeback, Yousuf?

Former Pakistani opener and once a film star, Mohsin wanted Pakistan’s coaching role but was miffed as he did not want to be interviewed by juniors like Rameez and Wasim Akram. He said:

“Our batsmen just couldn’t take the pressure in this Test. At this level, for a team ranked number three you expect quality batting performances. What we saw at Old Trafford was heart-breaking for cricket fans.”

Yes, yes, had he been the coach, he would have fixed everything. Just like the Bollywood hits he gave in the 1990s.

How can the former Pakistan coach be behind in this race?

“I am not saying we should have won this Test but this is not the way to go down. The spineless batting would have given the England bowlers a lot of confidence now. Our cricket is suffering a lot because of no international cricket at home since last six years.”

While there is no denying the second part but is one loss so serious? Chill, they are the No. 3 side and also why did he not fix the ‘spine’ of the batting when he was in charge?

Finally, some sense in analysis and some solutions!

“Two matches remain and this Pakistan team has lot of potential. At Old Trafford the batting was horrible and there was no excuse for the poor show by our batters. They need to sit down and start afresh. For senior players like Hafeez and Younis to throw away their wickets after good starts is just not acceptable at this level,” said former wicketkeeper Rashid Latif.

“At his [Younis Khan] age and time he shouldn’t try to change his technique and that too on English pitches. He will find it hard to adjust himself,” said the legendary Hanif Mohammad.

All said and done, would have been nice if someone would have pointed out on the fielding part. How many catches have Pakistan dropped? With the likes of Alastair Cook and Joe Root in the middle, you have to create pressure with good fielding.

(Professor Mooshie is a strict disciplinarian and appreciates cricket played copy book style. Lover of the sport traditional style, he is a fierce critic, and will lambast you if the mistakes are repeated but if you meet the expectations, he is lenient with marks. Beware of the ill-tempered, gold-hearted professor and buck up as you may just earn his ire.) 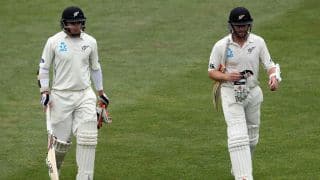 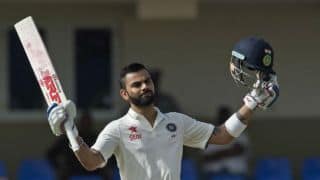