We have moved on from gluing our ears to transistors to sitting comfortably on the couch in front of television sets to watch cricket. TV has allowed us to watch the happenings, but it has left our ears hungry for information.

The only difference between radio and TV commentaries is that, on TV one can see what is happening; narration is minimised. TV commentary thus opened the doors for experts to air their views. You could see the shine of the ball on one side and an expert explain what that meant. On a radio, there isn’t enough time to describe all of it.

Of late, cricket commentary on television has been a joke. From needless promotion of sundry tournaments to verbal fights to a complete vomit of mis-information, one is tempted to turn the volume down to mute, or go for new-age audio commentary.

Most commentary teams comprise of ex-cricketers, or famed cricket journalists, with varied experience on the microphone. If not for a few good blokes, telly commentary could’ve been a non-mandatory option for viewers.

Correct me if I’m wrong, but when I say commentary, it ought to mean description of the game going out in the ground. Often times the commentator is either talking about birds, or praising the local government for hosting the match, or talking about the fellow commentator’s age old experience from 20 years ago, or worse, hair on their head. If I wanted all that, I would go to a theatre.

As a kid, I would love to hear Tony Greig go “Sauchin Taendulka” and Gavaskar and Shastri talk. Then I only had eyes. My ear would sense cricketers’ names and excite me. Today, when I hear Shastri, I turn the volume down to mute. If a man with only so many lines as a back-stage actor can be paid so much, I fail to see the purpose of being called a “commentator”.

The verbal diarrhea is involved is just too much to handle. And gosh, what levels of pointlessness are mouthed by people like Arun Lal, Atul Wasan, Laxman Sivaramakrishnan, Russell Arnold, Ranjit Fernando, Danny Morrison, Amir Sohail, Brad Hogg and other forgettable names. Fernando changes his views every 17 minutes, 17 seconds if we are talking about a close run out. Arun Lal talks about the birds on his tie, while Sivaramakrishnan hasn’t understood what reverse swing is.

In football, the commentators announce the goal, wait for a few moments, then describe the celebration and a little snippet, and then explain the goal on the replay along with expert comments.

In NBA, there is a play-by-play who describes every pass, every drive and the attempt, while an expert describes the tactics and science. And they are legends, honoured for their careers as commentators. In NBA, last minute plays and highlight plays are not commented for a few seconds until the audience’s volume comes down. Half the way across the world, it is a hair-raising experience to listen to Kevin Harlan, Joe & Stu (Lakers, you see), Mike Breen call the play-by-play. Experts are a whole different set of people.

Tennis commentators don’t even talk when the ball is in play. They start only after the audience is mid-way into their clapping.

There, that can be applied to cricket. I’m sick and tired of “the ball is up in the aaaaaaaaaaaaaaaair” followed by “taken” or “dropped”. I can see that. You can do the “swiveling in the air” and “white back-ground” or “lost in the crowd” part, after the ball has come down. But no, they have to squeeze in their lines while the ball is up in the air, because once it lands, it is time to call it a “Karbonn kamaal catch, or “car crash broken bone drop”.

And I pity these Hindi commentators, who have no clue whatsoever about the field placement because, obviously, they aren’t there at the ground. They’re commentating off their own TV sets.

I may not be any great commentator, but I’m no idiot to accept what they all serve as commentary. They’re paid to commentate, we pay to hear them.

Gavaskar will tell you an anecdote about his days as an amateur commentator alongside Richie Benaud. While the two were commentary box, one of the batsmen in the middle completed his century. Gavaskar reached for his mike in excitement and let the world hear it. Benaud put his hand on Gavaskar’s arm, silently prompting him to stop. It was to let the viewers to watch the batsman’s celebration, engulfed by the appreciation from the crowd via claps, whistles and praises, before the commentators can come into the scene and add their inputs to it.

With all the bizarre commentary on television, internet radio has become one viable option. Groups of individuals have taken it upon themselves to entertain the world of cricket. Test Match Sofa covers up all English games, and Pitch-Invasion covers all Indian games (IPL included). They serve good commentary, which is informative, interactive and enjoyable. Reading your tweets on air, interacting with a group of listeners, freedom to make sarcastic comments, unbound by contracts to hail something… these networks are giving the television commentary a bit of a competition.

With more people turning to such media, one doesn’t mind turning off the volume. So one wouldn’t care a rat’s ass about Ravi Shastri’s feelings, or why Gavaskar is unhappy about being finger-pointed about his “DLF Maximum” trumpets, or Danny Morrison’s description of the cheerleader on the dais.

We are going back to the radio days. 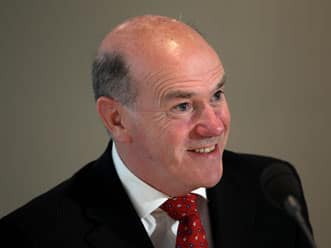