Too much importance is given to wickets: Venkatapathy Raju

Too much importance is given to wickets: Venkatapathy Raju

Venkatapathy Raju, who took 93 wickets from 28 Tests for India and who was an important spin support for Anil Kumble in the 90s, talks about India’s shortcomings in the ongoing series against England and what young spinners in India need to do to be effective and successful in the future. 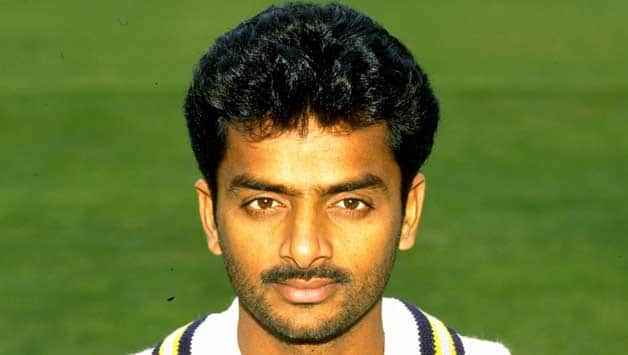 Spinners must have variations, feels Venkatapathy Raju (above) © Getty Images

Venkatapathy Raju, who took 93 wickets from 28 Tests for India and who was an important spin support for Anil Kumble in the 90s, talks about India’s shortcomings in the ongoing series against England and what young spinners in India need to do to be effective and successful in the future.

Excerpts of an exclusive interview with Prakash Govindasreenivasan of CricketCountry.

CricketCountry (CC): It has been a strange situation where the England spinners have performed exceptionally well, while the India spinners have failed to make a similar impact on Indian wickets. Where do you think our spinners gone wrong?

Venkatapathy Raju (VR): I don’t think there is any problem with the spinners as such. The Indian batsmen have failed to put up totals which the bowlers can defend. Also, coming into the series, England team’s preparation was much better. They played a few tour games and adjusted to the conditions while Indians did not play a single spinner then. Another thing is that there is too much importance given to the wicket rather than trying to adjust. Looking at the amount of cricket played today across three formats, there is not enough time to prepare a good wicket. Often, dead grass is just rolled over.

CC: What are your thoughts on the future of the Indian spin contingent? Are there talented youngsters to take over soon?

VR: Unless bowlers have variation like Ramesh Powar, who flights the ball, it will be difficult for youngsters. The reason for that is the fact that there are an increasing number of batsmen who come out (of their crease) and attack the bowlers. They show very little respect for the bowlers. Graeme Hick did well in India when he played positive. Andy Flower has also been very successful in India. Variations, thus, is the key for spinners. Also, batsmen play lot of innovative shots today making it tough for the bowlers. To add to that, there are plenty of matches being played in the subcontinent, including the Indian Premier League. Indian conditions are no longer hard to play on.

CC: What do you reckon youngsters like Iqbal Abdulla, Harmeet Singh or Akshay Darekar need to do to be considered for national selection?

VR: The problem in India is that we are depending too much on the wicket, which is not positive. These youngsters need a lot of patience. One needs to be a match-winner in the domestic circuit to be a good international bowler. There are surely a couple of good bowlers, but the wickets at the domestic level should help them a bit for them to be able to perform. The wickets in domestic cricket have been either flat or green tops and have done very little for the bowlers. As I said before, there is too little time to prepare wickets. Time and again I have brought up this issue up saying only domestic and International matches should be played on the main wicket while Under-19 and women’s cricket should be played elsewhere. That will help prepare better wickets and give these youngsters a chance to do well.

CC: What will be your bowling combination for Nagpur Test? What does India need to do to recover from this situation?

VR: If there is bounce on the wicket, then I will definitely play Piyush Chawla, who has been around for a long time without playing too much international cricket. But the problem of playing three spinners is that India does not have a good batting all-rounder who can provide support with the ball. England bowlers showed that if the old ball is used well, even medium-pacers can pick wickets on Indian tracks. Umesh Yadav used the old ball well to pick up wickets for India in the Ahmedabad Test.

Don’t expect the spinners to go out and pick up seven to eight wickets in every innings. They will still be able to pick about three or four wickets. We have a couple of quality spinners and we need to persist with them. Most importantly, they shouldn’t be compared to the greats like BS Chandrasekar or Anil Kumble because today’s bowlers are striving to adapt to three different formats of the game.