The four-match series saw 13 completed innings but only eight 50-plus scores out of which four came in the last Test.

“Minefield”, “diabolical” and “poor” were some of the terms used to describe the tracks in the just concluded Test series between India and South Africa 2015-16. The series was a nightmare for batsmen, and will go down in history as the tour that marked the end of South Africa’s nine-year glorious run of not having lost a Test series outside home. Unfortunately all good things come to an end. The four-match series saw 13 completed innings but only eight 50-plus scores out of which four came in the last Test. It was that kind of a series where 30s and 40s proved to be game-changing. Full Cricket Scorecard: India vs South Africa 2015 4th Test at Delhi

Nagpur surface was the toughest to bat on and if JP Duminy’s 35 helped South Africa to cross 50-mark at Nagpur, it was the 30s by Ravindra Jadeja and Wriddhiman Saha that worked earlier for India and later the 39s from Hashim Amla and Faf du Plessis only delayed the Proteas defeat. In a complete ball-dominated contest, Suvajit Mustafi looks at top five knocks.

It won’t be fair to choose any one of them. While it was the heroics of Jadeja and Ravichandran Ashwin that won India the game, one can’t forget these brave batting displays from India’s top-order.

In the first innings where wickets tumbled at one end, Vijay batted comfortably at the other. He scored almost 38 percent of India’s runs and batted close to three and half hours for his 75 off 136 balls. The importance of the knock can be highlighted from the fact that India only managed 201.

India got a 17-run lead and in a difficult pitch Pujara came out in the second innings and batted with ease. Till the time he batted, there were no visible demons on the surface. During his over three and half hour stay at the wicket, he also hit a six, the only one of the Test. The moment he fell India — who were going steady at 164 for 3 — got bowled out for 200. He was one of the rare men who mastered the Mohali track. Read: Cheteshwar Pujara: India’s knight in shining armour

It was his second hundred of the match. The fact that the only two hundreds scored in this series has been from him illustrates the fact that he batted exceptionally at Delhi. India were in a spot of bother when he came out to bat at Day Three and with variable bounce on offer the conditions weren’t that easy. Rahane, along with his captain Virat Kohli, put up the first hundred-run stand of the series. Kohli and Rahane added 154 for the fifth wicket. Read:Ajinkya Rahane’s homecoming marked by India vs South Africa 2015, 4th Test at Delhi

It was a matured knock where he mainly focused on supporting Kohli at the other end and once the latter was out, he took on the attack and scored quickly. By the time he got to his century, India had a lead of 480 and decided to declare. The hundred made him the fifth Indian to score centuries in both innings of a Test as he joined the illustrious club of Vijay Hazare, Sunil Gavaskar (thrice), Rahul Dravid (twice) and Kohli.

Bengaluru presented good conditions for seam bowling but once again the wreckers-in-chiefs of South African innings were Ashwin and Jadeja. While they continued pick the South African wickets with ease, it seemed de Villiers, playing his 100th Test at his IPL home ground, was batting in another track. He was stroking the ball with ease. The home crowd cheered every run by him. A fine presence of mind from wicketkeeper Saha that saw him take a full length diving catch off the bowling of Jadeja stopped the masterful AB show. South Africa were soon bowled for 214 and the innings run-rate was 3.62 and de Villiers had scored at a strike-rate of almost 81!

2. Virat Kohli 88 (165) — 2nd innings, 4th Test at Delhi
It took a ball that kept low from Kyle Abbott to end the Kohli-show. A track where other batsmen struggled, the Indian captain was playing on the up and stroking it beautifully. His 44 from just 62 balls in the first innings was cut short by an unlucky dismissal when a ball rebounded off the short-leg fielder and caught by the wicketkeeper. In the second innings, he continued from where he left.

His partnership with Rahane in the second innings was one of the highlights of the series. For the first time a pair went past 100 in the series. Kohli was a delight to watch and in a Test which saw the innings run-rate just over 2, Kohli scored his 50 from 70 balls (strike rate over 71). He looked set for his 12th Test hundred before he ran out of luck and a ball that bounced low claimed him. Read: Virat Kohli-Ajinkya Rahane partnerships vs South Africa in Delhi Test a lesson for batsmen from both sides

1. Ajinkya Rahane 127 (215) — 1st innings, 4th Test at Delhi
No prizes for guessing this one. This was a step-up for Rahane in his Test career. Known to be flashy and always looking to score at a good rate, Rahane showed great application and bailed India out of deep waters. Rahane was at his fluid best during his partnership with Kohli, but the moment India were reduced 139 for 6, Rahane dropped the anchor and played an innings very uncharacteristic to his style. He weaved two crucial partnerships with lower-order batsmen —Jadeja and Ashwin— as crafted a fine 127 to help India to a match-winning 334. Read:Ajinkya Rahane finally breaks home ‘jinx’ with a resilient unbeaten 89 vs South Africa in 4th Test at Delhi

It was the first century of the series and definitely a knock that deserves all the accolades. He changed gears at will and later followed that up with another in the second innings.

How far will a batsman go to enforce the best possible result for his country? Well, ‘draw’ was the best outcome possible for South Africa when they came out to bat in the second innings and South Africa led by their captain Amla set a new benchmark. Read: Hashim Amla: The monk who curbed his instincts

Amla and de Villiers got involved in the slowest ever partnership in Test history (minimum: 175 balls) in an attempt to save the Test. They added 27 runs from 253 balls, and the partnership run-rate was 0.64. After a dogged resistance, Amla fell for 25 from 244 balls and de Villiers for 43 from 297 (the record for the slowest 50 in Test cricket belongs to Trevor Bailey, who got their in 250-balls).

Believe me, it’s not easy batting like that and de Villiers, the man who has the fastest hundred in ODIs and many more fast hundreds, now features in five of the slowest Test partnerships in the list of top 10. Incredible, isn’t it? 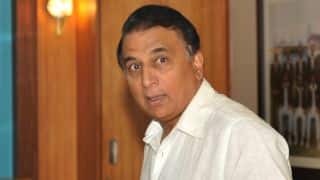