Travis Head scored 146 runs from his 3 innings at 48.66 in the three-match series against New Zealand.

In his three innings in the Chappell-Hadlee One-Day International (ODI) series against New Zealand, Travis Head not just scored two fifties, but on all three occasions, his knocks turned out to be crucial. When one looks back at the series, we will only talk about Steven Smith s 164 in the first ODI, David Warner s excellent 119 and 156 in the second and third games respectively. But without Head s significant contributions, one wonders if that would have been possible. Head is in the team in place of Glenn Maxwell and he has completely justified his place in the side. This makes Maxwell s chances of making it back to the team all the more difficult.

Head s contribution in the series has ensured Australia get to a big score every single time. Let us take the third ODI as an example. Head walked in at a time, when Australia had lost a couple of quick wickets. They were in a spot of bother at 73 for 4 in just the 19th over of the match. Warner was settled at the other end, but needed a stable partner someone, who would rotate the strike well, run well between wickets and at the same time not get himself dismissed.

Head ticked all those boxes. It was not an easy surface to bat on. No batsman, including Warner got off to a blistering start. It took Head 28 balls to get his first boundary and got his second one off the 42nd delivery he faced. He ensured that the scorecard was ticking. His job was simple give Warner as much strike as possible. With 11 overs to go, Head thought he had seen enough and went for an expansive shot and holed out in the deep. He had put on 105 runs for the fifth wicket with Warner off 122 balls, which set an excellent platform for Australia to get a competitive total on the board. Head s final score may read 37 (70), but one cannot under-estimate its importance in ensuring that Australia reached 264 on a tricky pitch.

Now let s rewind. Let us go back to the first ODI. There was a lot of speculation about Maxwell returning to the Australian ODI side for the first time since June. Australia picked Head ahead of Maxwell and once again Head stepped up to the plate. Australia were in a spot of bother at 92 for 4 in the 21st over. This time he had Smith in good form at the other end. He was given a breather when he was dropped on 7, but that did not deter him from getting a quick fire fifty. With Smith riding his luck, Head too started going. He did not try anything flashy. He scored at run-a-ball and ensured Smith was not under any pressure to take undue risks. His calm presence at the crease helped Smith, who helped himself to his seventh ODI ton.

In the second game, Head was promoted to No. 4, after Warner was dismissed for 119. Again he had a well set Smith on the other side, but once he went for 72 three overs later, it was up to him and Mitchell Marsh to ensure Australia get a huge score on the board. He smashed his way to a 32-ball-57 and when he departed Australia were well past 300 with another 4 overs to go. However, Marsh stole the limelight with 40-ball-76. Head s strength lies in the mid-wicket region. Both his sixes in the innings came through that area. We have also seen him do the same in the Big Bash League (BBL)

It is not just his contribution with the bat, but he can slip in a few overs very quickly and not concede many runs as well. He did that in the first ODI and then went one step better by picking up a couple of wickets in the third game at MCG. He may not hog the limelight with his performances, but he does play his part in the team. Without his contribution, Australia would have had to work a lot harder for their wins in the series. Also, with a string of good performances, Head has surely ensured that he cements his places for the next few games, adding to the selection headache of the Australian selectors a good one to have, perhaps. 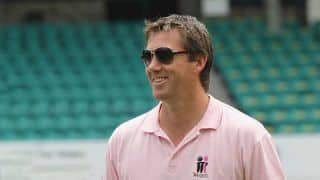