The recently-concluded President’s Cup One-Day tournament ended in jubilation for the Sui Northern Gas Pipelines Limited (SNGPL) team led by Pakistan captain Misbah-ul-Haq, as they lifted the cup after defeating Water and Power Development Authority (WAPDA) by 32 runs in the final in Karachi on Friday. 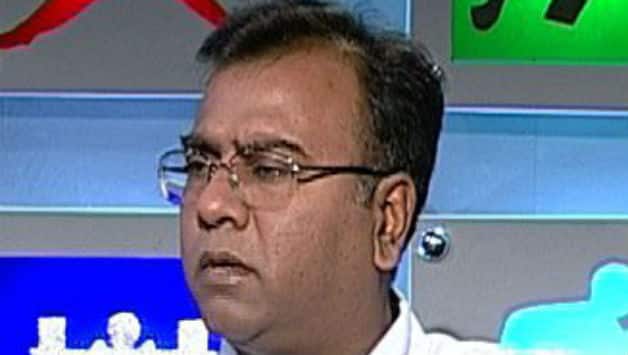 The recently-concluded President’s Cup One-Day tournament ended in jubilation for the Sui Northern Gas Pipelines Limited (SNGPL) team led by Pakistan captain Misbah-ul-Haq, as they lifted the cup after defeating Water and Power Development Authority (WAPDA) by 32 runs in the final in Karachi on Friday.

Whilst the SNGPL team was star studded with the likes of Mohammed Hafeez, Taufiq Umar, Azhar Ali, Umar Akmal and Misbah, the team was also ably coached by former Pakistan cricketer Basit Ali, who must also take credit for the team’s performance.

Speaking exclusively to PakPassion.net, Basit Ali expressed his typically forthright views on a variety of topics including Misbah-ul-Haq’s role in the Pakistan team, the road ahead for Umar Akmal and Pakistan’s squad for the Champions Trophy 2013. He also had some strong words for the ex Chairman of the PCB, Ijaz Butt.

On Misbah-ul-Haq and his leadership of SNGPL

I’m not satisfied with this victory. The fact is that this is really an exceptional achievement by just one person — Misbah-ul-Haq. You have to look at the way he and Mohammad Hafeez have played since returning from South Africa, without any proper rest.

Firstly, they both played in the Super Eight T-20 Cup, and then this 50-over tournament. I really want to salute Misbah on his sincerity and dedication regarding his role in domestic cricket. Even after touring for three months with the international team he came here and performed with such intensity.

Asad Ali, Yasir Shah and Azhar Ali all scored a lot of runs but it was only Misbah who played match winning innings in most games. He usually bats at No 4 for Pakistan, but we sent Umar Akmal in that position, and dropped Misbah to No 5 because Umar Akmal wanted to bat at No 4. Misbah still didn’t complain and said he is prepared to bat at any number. In his heart, Misbah never looks at his personal performance; he thinks about the team first. This is a good sign for Pakistan cricket because the captain is confident that he can perform at whatever number. The fact of the matter is that due to rule changes regarding the five fielders, the Power Play is essentially 50 overs now, instead of 10. In other words, a quality player can easily come in make big scores in One-Day Internationals (ODIs) from any position.

Overall, the biggest worry was fitness. Our fitness levels are really down. We’ll have to focus on fitness levels if the future has to look good. Look at the 38-year old Misbah-ul-Haq or the 35-year-old Younis Khan. People say, “Look at their age, they shouldn’t be playing a young man’s game.” But the fact is that these players are the ones who are “superfit”. Fitness has to be the first priority for any team; you cannot perform if you are not fit because when you field for 50 overs in a ODI or the whole day during Test matches, your fitness is tested when you go out to bat. If you look at AB de Villiers and Hashim Amla, they are so fit that they can take on any bowling attack after fielding all day in the field. There cannot be any compromise on this. We’ll need to increase our fitness levels in domestic cricket and in our national team.

Players like Umar Akmal are talented, but they have not performed in this tournament. In my view, Umar needs to take his cricket more seriously. This will be a setback for him in the coming days. He needs to focus and not listen to those who say he is batting too low in the order. He needs to get away from all that chat and utilise his God-given talent at whatever number he is sent in to bat at.

When you perform, you shut everyone up. A case in point is Misbah-ul-Haq. The same people who wanted him out of the team are now supporting his inclusion. The main thing is performance, especially for batsmen. If you don’t perform, you are giving others a chance to criticise you. My message to Umar Akmal is to focus on cricket and cricket alone. He will have to think about his future so cricket doesn’t leave him behind. Cricket is a sport that makes you laugh little, and makes you cry more so there is a lot of effort and heartbreak before you can succeed.”

Ijaz Butt should not have expressed negativity towards the PCB and its players as he did regarding Misbah-ul-Haq and Mohammad Hafeez. We all know what happened during Ijaz Butt’s chairmanship. Our cricket and reputation were ruined during his reign. He needs to support the current chairman, Zaka Ashraf, who is doing his best to bring international cricket to Pakistan.

Instead of being so negative, Ijaz Butt and other ex-cricketers should sit down together and talk about how to revive cricket again. The fact is that Ijaz Butt never had Javed Miandad do any work and now Zaka Ashraf is having the same Javed Miandad do so much for Pakistan cricket. Inshallah (God willing), you’ll see international teams return this year and also the Pakistan Super League (PSL) will take place as well. I am all for criticism, but it should be constructive in nature and not just done for the sake of it.

Role of the PCB in the improvement of domestic cricket

Look at the example of South Africa as to how even after years of being shunned by the international community, they were able to produce world class players on the basis of a good domestic system. Similarly, in the case of PCB, they have done a great job with improvement in departmental cricket. Zaka Ashraf, Javed Miandad and Intikhab Alam have monitored these games closely and provided observers and video analysts for domestic games — all items that were previously associated with the national team and not with the domestic setup. This year is also the first time that Kookaburra balls were used and the benefit is that bowlers will know how to bowl in international or top level competitions with the Kookaburra ball.”

Selection of the Champions Trophy squad

In my view, Asad Ali, Haris Sohail, and Umar Amin should be in the final 15 for the Champions Trophy. These players are the future. There is also Ahmed Shehzad as a third opener. You will need those players who can counter-attack as it’s all about strike rates. If you do not have a good strike-rate, it is difficult to keep your place in the team.

In terms of fast bowlers, Asad Ali is a must. I think five fast bowlers should be selected in the 15 man squad. In June, the pitches won’t be batting paradises and the conditions will suit seam bowlers. You have Asad Ali, Mohammad Irfan, Junaid Khan, unfortunately Umar Gul is unfit, Sohail Tanvir, you should take them.

Whatever happens, it is the job of the selection committees at the local and national level to improve selection quality. This is not Zaka Ashraf’s job. He has formed these committees — they need to produce the results. The domestic selectors, national selectors, and coaches should be evaluated every year and held accountable if the teams they are selecting don’t perform.

But if we want to improve your cricket in the long terms, we should select those who are performing consistently at the domestic level. First priority should go to players like Haris Sohail, Umar Amin, and Khurram Manzoor because these players have already been selected for Pakistan. Sohaib Maqsood should be given another season, when he matures, then maybe he can be allowed a place.

Is the inclusion of Sohail Tanvir justified for the Champions Trophy Squad?

Two years ago, I said  that I don’t see potential in Khurram Manzoor. But the way he has come back and based on what I’ve seen in his innings against SNGPL, he has said, ‘Basit Ali, you will have to change your opinion!’

Like him, Sohail Tanvir has played domestic cricket in Pakistan and in South Africa. He is showing that he still has life in him. You should consider him or else it will be the country’s loss.

The selection committee needs to answer on whether Shahid Afridi is being considered as an all-rounder, bowler, or batsman. My fear is that we’ll be told that Afridi’s being selected for the Champions Trophy as a fielder! This is wrong, whoever is helping the country, needs to be backed.

Similarly in the case of Younis Khan who performed well in the Tests but struggled in the ODIs, he should have been in the 30 man preliminary squad because of his services to the country. I don’t agree with the way he was discarded — the selection committee should have talked to Younis and communicated their intentions, but they did not. I think Zaka Ashraf will take action on this issue at a later date.

Aaqib Javed: Camp under Wasim Akram for bowlers a great initiative by PCB