Umar Akmal's coming to form opens up lot of options for Misbah-ul-Haq.

Misbah-ul-Haq can finally heave a sigh of relief to see one of the most talented batsmen in the line-up scoring runs not with just talent but with more responsibility. Abhijit Banare looks at Umar Akmal’s importance for Pakistan ahead of the clash against arch-rivals India.

There is some kind of gravity revolving around talented players, or say the talent itself is a gravity to attract people into discussion about them. They can blow your mind away with their array of gifted strokes and on days they just make you pull your hair when making even the No 11s look better. Before the start of Pakistan’s match against Afghanistan in the Asia Cup, commentator Harsha Bhogle couldn’t resist but make a comparison between Umar Akmal and Rohit Sharma purely in the way their career has panned out and the ‘talent’ which binds them together.

There’s one more aspect which is common in both these batsmen — arrogance, which is painted on their bat when they are in full flow even against the best bowlers in the world. And on a positive note, both these batsmen (Rohit and Umar) are inching closer to a stage where a thick layer of maturity and sense of responsibility has covered the boiling aggression and casual approach beneath.

The two elder Akmals have been similar as well. Both were exceptional in full flow but Umar has successfully countered the challenge of keeping the wickets for Pakistan, which he resented about it for a long time.

His second century coming after 81 innings comes as a big surprise but the people around him would be more satisfied in seeing a responsible Umar than a run-scoring one. Because of his abilities, the latter would inevitably follow the former. It was visible in his match-winning innings against Afghanistan. He held his head in despair after playing a reckless shot after he was dropped while batting on 28. Since then it was just brilliant strokeplay which kept pushing the score ahead and it didn’t matter who was batting on the other end. Similar was the case in the opening encounter against Sri Lanka where he looked unstoppable until he plotted his own downfall.

Pakistan is blessed with such multi-faceted players who have contributed in their success. Mohammad Hafeez is surely one such character who fits in anywhere. With Umar in form, Pakistan can use him in more than one way. He can be given the responsibilities up the order or best, stay at No 7 and convert his good innings into great finishes.

Umar has an opportunity to flourish against an ineffective Indian bowling. The progress of batsmen like Umar inserts more confidence in the batting. In the last one year, Pakistan have moved ahead from being overly dependent on Misbah. Hafeez has had a sensational run at No 3, Ahmed Shehzad has given them steady starts and Umar’s form down the order adds more value.

He is one volatile talent whose career depends equally on the people who manage him. And there can be a sense of assurance for Pakistan fans to see someone like Zaheer Abbas in there mentoring the batsmen. And who else better than the ‘Asian Bradman’ to understand the mindset of a gifted stroke-player that Umar is. 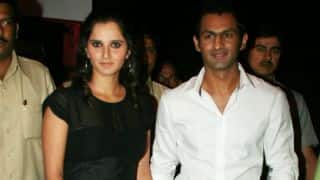 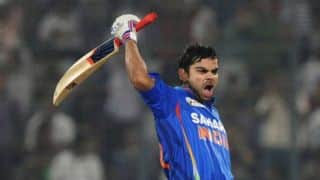